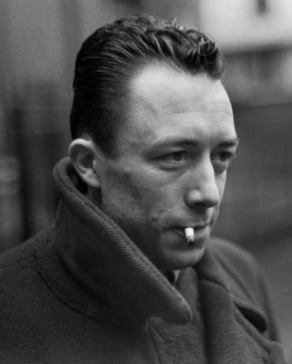 Albert Camus is French writer, dramatist, journalist, author of philosophical essays and Nobel Prize laureate. Camus was one of the most important authors and thinkers of the 20th century.

In his artistic and philosophical works, he broke issues that were tangent to the leading ideas of existentialist philosophy. As an artist, he developed the traditions of modernist literature; as a thinker-advocated the position of "tragic humanism."

Albert Camus was born in November 7, 1913, in Algiers, on the farm "San Pol" near the town of Mondovi in a poor French family. One year after the birth of Albert, his father died in the hospital from wounds received in the Battle of Marne. His family moved to Algeria, where the mother served in wealthy families. Here, in the poor suburbs, the childhood of the writer has passed.

Graduated from school in Algeria, Camus studies at the Lyceum, where he was forced to interrupt for one year in 1930 because of the discovery of tuberculosis.

In 1932-1937 Albert studied at the University of Algiers, where he studied philosophy. On the advice of Grenier at the University, Camus began to write diaries, wrote essays, experiencing the influence of the philosophy of Dostoevsky and Nietzsche. At the senior courses of the university he was carried away by socialist ideas, and in the spring of 1935 he joined the French Communist Party and conducted propaganda activities among the Muslims. In the French Communist Party, he was more than a year, until he was expelled for his links with the Algerian People's Party, accusing him of "Trotskyism."

After graduating from the university, Camus spent some time as the head of the Algerian Cultural Center and then headed some left-wing opposition newspapers that were closed by military censorship after the beginning of World War II. During these years, Camus wrote a lot, mostly essays and journalistic materials. At this time, he also began his literary work. Then, in particular, the first version of the story "The Stranger" and the notes to the essay "The Myth about the Sizifa" were written. In January 1939, he wrote the first version of the play “Caligula”.

Deprived of the work of the editor, Camus moved with his wife to Oran, where they earn their living by private lessons, and at the beginning of the war, they moved to Paris. Here Albert joined the French resistance and was editor-in-chief of the underground magazine "Comb". Famous for his energetic, concise and understandable style, Camus soon received the recognition of an important literary figure.

In the fifties, Camus gradually abandoned his socialist ideas and condemned the policy of Stalinism. As a result, Albert left “Comb” and became an independent journalist. At this time, the writer was increasingly fascinated by the theatre, since 1954, he began to put on plays for his staging. He also negotiated about the opening in Paris of the Experimental Theater.

In 1957, Camus received the Nobel Prize for Literature.

On January 4, 1960, Albert Camus died in a car accident, returning from Provence to Paris. He was buried in Lourmarin in the south of France.

Philosophical and aesthetic views of Camus

Albert Camus is one of the most prominent representatives of modernist intellectual and philosophical prose. The outlook of Camus was significantly influenced by the disease of tuberculosis.

Albert Camus in his works boldly expressed humanism. The evolution of Camus's philosophical views is directly linked to historical circumstances. The author spoke about two cycles of his works: the theme of the absurd, that is devoted to the works of the thirties ("The Myth of Sisyphus", "The Stranger", "Caligula") and the theme of rebellion ("The Rebel”, "The Plague"). As Camus said in the first cycle, a negation is presented, the second solves positive tasks; both were conceived simultaneously and implemented consistently.

Plots of his works of art are full of complex philosophical and moral content, directly related to the sceptic questions about the meaning of human existence, the existential loneliness of the individual, his spiritual insights in the "boundary situation", the moral choice made by him, responsibility for it, and so on. The idea of moral resistance, aimed at preserving the human "I" in an absurd world, formed the basis of the writer's "tragic humanism".

Even though Camus denied his belonging to existentialism, calling it "philosophical suicide," according to his outlook he essentially contributed, if not to the theoretical substantiation of this philosophy, so to its influence on the broad circles of the European intelligentsia. He was not a professional philosopher. The boundaries between art and philosophy in Camus are smoothed out, and he sees art as a means of expressing existentialist consciousness.

Like all existentialists, Camus believed that the most important truths about human and the world are not revealed by man through scientific knowledge or philosophical speculations, but with the help of the feeling that highlights the existence of human, "being in the world."

The outlook of Albert Camus had a radically irrational character: in his opinion, the whole world, everything essential is deeply senseless. The world itself is not absurd; it is simply reckless since it is completely out of the human reality, which has nothing to do with our desires and our minds. Any true knowledge was impossible because Camus was convinced that all reality is foolish and illegal. The philosopher condemned the science-oriented philosophy as contemplative. The whole history of scientific thought for him - the story of confrontation of the mind and feeling. 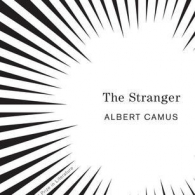 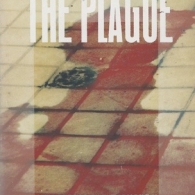 I opened myself to the gentle indifference of the world.

I had only a little time left and I didn't want to waste it on God.