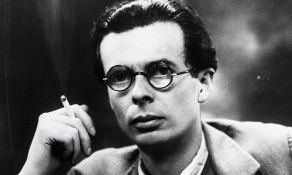 Aldous Huxley is a bright representative of British Literature who became famous due to such his works as «Brave New World,» «The Doors of Perception,» «Crome Yellow,» «Island» etc. He is a prominent philosopher as well. The writer is said to be one of the most intelligent persons of his generation. It's worth mentioning that his candidacy was nominated for the title of Nobel prizewinner. His creative heritage counts for nearly fifty books.

Aldous Huxley was born on July 26 in 1894 in English town. His father, Leonard Huxley, became famous as a writer as well. When Huxley was 13, his mother Julia Arnold passed away. Three years later boy caught some kind of an eye virus. That’s why he hardly saw anything during about 3 years. This period of his life later became a part of the plot of his work «The Art of Seeing.»

Aldous Huxley started writing when he was 17. However, the first novel was never published. Huxley was studying Literature at the Balliol College, Oxford. At the age of 20, he decided to start a professional career as a writer.

In his works, Aldous Huxley raised such problems as loss of the humanism because of scientific progress. For instance, this question was described in his worldwide known anti-utopian novel «Brave New World.» This piece of writing, which later made Huxley world-famous person, was printed in 1931. After 27 years after it, another book («Brave New World Revisited») appeared. Having read these two books and compared them, we understand that the author changed his opinion completely. That’s why the situation described in the «Brave New World» seems to be a little more optimistic than the model of the world depicted in «Brave New World Revisited.»

It's worth saying that Aldous Huxley was also a grandson of a famous biologist Thomas Henry Huxley. His brother made a career as a biologist as well. The fact of belonging to kind of scientific family influenced Huxley a lot. That’s why many events described in his works took place in different kind of laboratories. He applied the appearance and habits of different animals while describing the characters. In addition, characters in his novels found it interesting to observe the behavior of animals. One of them, for example, liked watching the flock of starlings and even was able to predict when they would take off. It is noticed that a lot of Aldous Huxley's characters are interested in some experiments. In the early writings the experiments are totally safe, but in the novels of 30-40-s years, Aldous Huxley described sinister ones, which were connected with the human nature.

A writer with his family moved to Los-Angels in 1937, hoping that the climate of this city will improve the state of his eyesight which was getting worse and worse. This period of his life is considered to be the most fruitful one of his writing career during which he deeply explored the human nature. In 1938 Aldous Huxley got acquainted with Jiddu Krishnamurti. That even had a noticeable impact on his life. After it, the writer became curious about spiritual subjects and mysticism. It reflected in the following works: «The Perennial Philosophy,» «After Many a Summer,» «Time Must Have Stop.»

In his novel, «Ape and Essence,» which was written after the atomic bombing of Hiroshima, Aldous Huxley showed the world where people, affected by radiation, lived.

In 1953 he agreed to take part in the experiment of Humphrey Osmond. It was aimed at finding out the effect of mescaline to human consciousness. Aldous Huxley then is credited to be the first to use the notion «psychedelic.» Huxley applied this term in order to describe the results of this experiment. Lately, the impression after this experiment also found a place in his works «The Doors of Perception,» «Heaven and Hell.» The first one lately gave a name for the band «The Doors» which is now well known among the youth.

The last piece of work written by Aldous Huxley was a utopia called «Island.» The world described in it completely varied from the one which was presented in his anti-utopia «Brave New World.»

Aldous Huxley died on November 22, 1963, because of larynx cancer. It is believed that being terminally ill, Huxley asked his wife to significantly increase the dose of the drug while she was injecting. She couldn’t help refusing and did it. That led to his death. All his handwritings were burnt in a fire which had taken place at his own house shortly before his death. 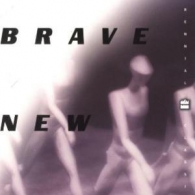 Words can be like X-rays if you use them properly -- they’ll go through anything. You read and you’re pierced.

But I don't want comfort. I want God, I want poetry, I want real danger, I want freedom, I want goodness. I want sin.

Actual happiness always looks pretty squalid in comparison with the overcompensations for misery. And, of course, stability isn't nearly so spectacular as instability. And being contented has none of the glamour of a good fight against misfortune, none of the picturesqueness of a struggle with temptation, or a fatal overthrow by passion or doubt. Happiness is never grand.