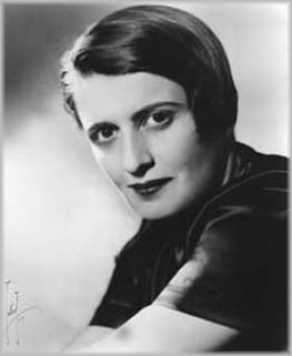 Ayn Rand is a famous American writer and philosopher, one of the main creators of the Objectivism movement in philosophy. The writer was born on January 20, 1905, in Saint Petersburg, Russia. Her name at birth was Alisa Zinov'yevna Rosenbaum. The author is widely known among American and western literary circles. She used to be hardly read in her country of origins, the first translation of her novels in Russian appeared only in the 1990s and the popularity to her name came not sooner than after the crisis of 2008.

Ayn Rand family was of Jewish origins: father, Zinovy Rosenbaum was a pharmacist and her mother, Anna Rosenbaum was a dental technician. The family was doing quite well in terms of finances: Ayn’s father first managed and then owned a pharmacy and they lived in a spacious apartment in the city center. They had three daughters, Ayn was the eldest one.

Young Miss Rand learned to read and write when she was 4 years old. She received her initial education in Russia and her first short novels appeared when she was just a child. At the gymnasium, Ayn was friends with Vladimir Nabokov’s sister Olga and the two girls used to engage in fierce political debate quite often.

In 1917 the Revolution began in Russia and the Bolsheviks took over the business of her father. The family had to flee to Crimea, where Ayn attended and graduated from high school. She then returned to Saint Petersburg (renamed Petrograd after the revolution) at the age of 16 years old.

Despite the hardships brought by the revolutionary movements, Ayn also benefited from it. She was one of the first females to enter the Petrograd State University when they were opened for women. There she studied ancient and classical philosophy at the department of social pedagogy. This was a 3-year course that comprised history, philosophy, and law. She graduated from the university in 1924 and then entered the State Technicum for Screen Arts. Her first assignment there, a work titled after a well-known movie actress “Pola Negri” (1925), is considered to be Ayn Rand first published work.

Throughout her life Ayn Rand developed a unique mix of beliefs and ideas: at school, she used to support Republican ideas, and from early childhood years she proclaimed herself an atheist giving preference to reason over myths. She thought that reason was the only way to acquire knowledge.

She was a follower of ethical egoism and didn’t tolerate altruism. When it came to politics, she condemned aggression, protested against collectivism. She thought that capitalism was the only system based on the fundamental respect for individual’s rights. When it came to art, the author especially appreciated romantic realism.

In 1925 she comes to the USA to visit relatives in Chicago. Her parents stayed in Russia and died during the Siege of Leningrad during the Second World War. Both of her sisters also stayed in the USSR. Her first love, a graduate of Leningrad State Institute of Technology Lev Beckerman, was executed on May 6, 1937.

Ayn Rand ended up staying in the USA and started to work as an extra in Hollywood. She dreamt to become a screenwriter. But four of her first scripts, which she already had with her from her years in Russia, didn’t provoke any interest among the American movie producers.

In 1927 the studio at which she worked closed down. For the next five years, the writer would take up various temporary jobs, serving as a waitress, selling newspaper subscriptions, running a costume department at the RKO Radio Pictures studio. In 1929 Ayn married a young promising actor Frank O’Connor.

In 1932 Rand made was her first successful attempt to sell a screenplay. “Red Pawn” was purchased by the Universal studio for 1,500 USD, which was an immensely big sum of money for that time. This honorarium allowed the author to leave her job and concentrate on her writing.

Even though the first novel Ayn Rand wrote in 1926 was “The Husband I Bought”, it didn’t get published until 1984 and today it is not considered her literary debut. The first novel to be published in 1936 was “We the Living”. It is a semi-autobiographical text about people living in the USSR. The writer worked on this novel for long 6 years, but it didn’t gain a lot of popularity among readers at the time of publishing.

In 1937 Rand wrote a short story “Anthem”. It was published in the UK in 1938. The second major novel entitled “The Fountainhead” (1943) – it is a dystopia about the reign of totalitarian collectivism that destroyed everything personal and individual. The next novel of the author is her most famous creation, “Atlas Shrugged” (1957).

“Atlas Shrugged” tells a story how talented and energetic people, who are the pillars of society, meet resistance from the idle minority. The author describes the destructive consequences of building a society where national interests outbalance the interests of the personality. The book is full of data, complex philosophical thoughts, unpopular ideas.

It is a philosophical novel, as much as it is a fictional one. More and more Americans today cite “Atlas Shrugged” as the book that has completely changed their lives. As of 2007, over 6,5 million copies have been sold.

After “Atlas Shrugged” the writer turned to philosophical texts and wrote such books as “Capitalism: The Unknown Ideal” (1966), “For the New Intellectual” (1961), and “Introduction to Objectivist Epistemology” (1979).

Literary critics gave Ayn controversial feedback: some considered her books great but were convinced that they are not meant for public consumption and thus would not become a commercial success. The others thought that her writing was a waste of paper, but it had all chances to sell in large quantities.

Today Ayn Rand is associated with the philosophy of objectivism. This philosophy is based on principles of reason, individualism, and smart egoism. It serves as the intellectual foundation for capitalistic values in contrast with socialism.

Ayn Rand died on March 6, 1982 in New York. Her scripts and novels laid the foundation for 10 movies. A number of organizations in the USA still devote their activities to study Rand’s heritage and philosophy. One of the most prominent of them is the Ayn Rand Institute in California. 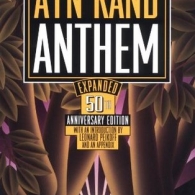 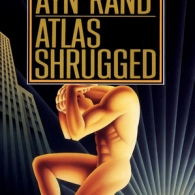 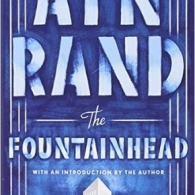 The word "We" is as lime poured over men, which sets and hardens to stone, and crushes all beneath it, and that which is white and that which is black are lost equally in the grey of it. It is the word by which the depraved steal the virtue of the good, by which the weak steal the might of the strong, by which the fools steal the wisdom of the sages. What is my joy if all hands, even the unclean, can reach into it? What is my wisdom, if even the fools can dictate to me? What is my freedom, if all creatures, even the botched and impotent, are my masters? What is my life, if I am but to bow, to agree and to obey? But I am done with this creed of corruption. I am done with the monster of "We," the word of serfdom, of plunder, of misery, falsehood and shame. And now I see the face of god, and I raise this god over the earth, this god whom men have sought since men came into being, this god who will grant them joy and peace and pride. This god, this one word: "I.