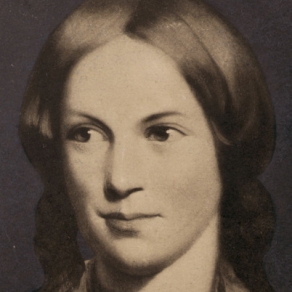 Charlotte Bronte (April 21, 1816 – March 31, 1855) was an English poetess and writer hiding her true name behind the nom de plume Currer Bell. Living in the Victorian era, her contemporaries considered Bronte woman first, artist second. To escape unnecessary criticism, Charlotte used a male name. She started writing poems in her teenage years the girl never imagined it to be her profession. The daughter of a strict Anglican priest, her destiny was predetermined – marriage with a priest and taking care of her family. The ambitious girl decided to pursue her dreams and challenge traditions.

Most of her life Bronte spent in Haworth, a small village, where the family moved after Charlotte’s father became the vicar of the local church. Bronte had five siblings, four sisters and one brother, but her two older sisters died. Moreover, her mother passed away too and Charlotte felt responsible to support the younger siblings. She helped her father to bring up her sisters Emily and Anne as well as their brother Branwell. At the age of 14, she attended the Clergy Daughter’s School with one of her sisters. The writer described the lack of proper food plus severe living conditions that had a negative impact on her health in the second novel.

After a brief time spent at home, she was sent to Miss Wooler’s School at Roe Head where she met her life-long friends Mary Taylor and Ellen Nussey. They corresponded till writer’s death and those letters can be found in The Letters of Charlotte Bronte, a collection edited by Margaret Smith. She even worked at that school as a teacher after graduation feeling isolated and miserable. Upon her return home, she collaborated with her sisters on a book of poetry entitled Poems by Currer, Ellis, and Acton Bell, published in 1846 at their own expanse. Despite the lack of positive reviews, all three of them decided to pursue writing career.

Sisters had an intention to open a private school. Accompanied with her sister Emily, she even went to Brussels to get more knowledge and qualification. They enrolled in the school headed by Constantin Heger, an eccentric teacher whose personality influenced her outlook. She got attached to her mentor and there were even rumors about their affair but Charlotte remained lonely and firmly rejected several marriage proposals. Unfortunately, sisters’ attempt to run their own school turned out a complete disaster. Time spent in Brussels encouraged her to write her first novel, The Professor. The general public got acquainted with this novel only after writer’s death.

This novel didn’t impress the publisher but Smith, Elder & Co. proposed her to write a longer novel which they agreed to publish. Without hesitation, Charlottes sent them Jane Eyre: An Autobiography on which she was working after working as a governess. A few months passed and one of the most admired novels of the 19th century was published. A naïve and gentle story of a young orphaned governess that gets head over heels in love with her proprietor had an immense success and can be rightfully called the Western classics. Written in a typical form of a Gothic novel in the Victorian period, Jane Eyre captured the imagination of millions.

Still hiding her name, Bronte wrote two more novels – Shirley and Villette. These books were written in a tragic and complicated time in her life because her two sisters and a brother passed away within just two years. The writer finally married with her father’s vicar, Arthur Bell Nicholls, with whom she happily lived almost a year. It didn’t last long – Charlotte contracted tuberculosis while expecting a baby. Unfortunately, her conditioned worsened and the writer died before giving birth in 1855. She had recently started writing a new book, Emma. 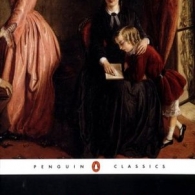 I am no bird; and no net ensnares me: I am a free human being with an independent will.

I would always rather be happy than dignified.

Life appears to me too short to be spent in nursing animosity or registering wrongs.