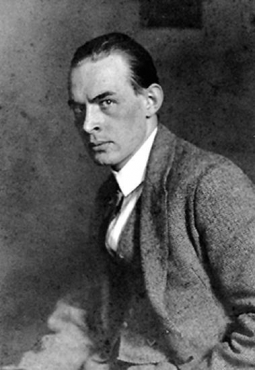 The recording angel of the Great War and an acclaimed German writer, Erich Maria Remarque (July 22, 1898 – September 25, 1917) was also a Hollywood celebrity. A boy from a strict Catholic family woke up popular after publishing his landmark novel All Quiet on the Western Front. A former veteran himself, Remarque explored soul-destroying insanity of warfare and the main victim of any military action – the ordinary soldier. His further novels developed writer’s anti-war rhetoric revealing the devastating influence of war on personalities plus the long-lasting psychological consequences its participants were subjected to.

The future novelist was born in the family of a poor bookbinder as Erich Paul Remark in Osnabruck, Germany. His parents were the descendants of devoted French Catholic who moved to Germany after the French revolution. The third child in the family of four, the boy was brought up in a conservative Catholic household and attended local parochial school. Suffering from financial difficulties, their family moved a lot. On the dawn of World War I, he was drafted into the German army. Full of youthful idealism, Remarque eagerly joined the troops and underwent special training at Osnabruck’s Westerberg Camp.

The reality he witnessed left him disillusioned and depressed. The young man clearly understood that there was nothing noble or romantic in being killed in a filthy tranche being only a 16-year-old teenager. Having his leg, arm, and neck wounded by shrapnel in 1917, Remarque spent the rest of the war in an army hospital. This is where his earliest novel, The Dream Room, was created. In the future, the writer regretted writing such a sentimental novel so he changed his name to Erich Maria Remarque in order not to be associated with it. Remarque graduated from the University of Munster in 1919 and started working as a substitute teacher to make a living.

Within the next couple of years, Remarque had a chance to work as a salesman, race driver, teacher, editor, librarian, and journalist. In 1925 he married his first wife, a young dancer Ilsa Jeanne Zamboul. Due to mutual disloyalty, the couple divorced after five years. However, they fled together to Switzerland when Germany was taken over by the Nazis. Remarque finished the main book in his life, All Quiet on the Western Front, in 1929. That was the period of antimilitary fiction in Germany and the timing of this book was perfect. Written from a perspective of an idealistic young man, the writer described the atrocities a typical soldier endured as part of his warfare routine.

In 1930 after Remarque established himself as a writer, he shot his first film based on the novel All Quiet on the Western Front. Produced in Irvine, California, this film got several Academy Awards and gained worldwide popularity. One political force condemned Remarque’s antimilitarism – the Nazis. They weren’t satisfied with the way Remarque portrayed a German soldier and his attitude towards the war in general. The writer was forced to leave Germany in 1932 due to persecutions. He settled in Switzerland with his wife while in Germany his books were publicly burnt. His sister Elfriede was beheaded for “undermining morale”.

Aware of the postwar trauma every soldier experienced after the war, Remarque dedicated several of his next novels to this issue. The Road Back, Three Comrades, Arch of Triumph, and The Black Obelisk only strengthened his position of a prominent anti-war novelist. In 1939 he emigrated to the USA were became greatly involved in cinematography. He managed to turn almost every novel he produced into a successful Hollywood film. All in all, he wrote screenplays and even acted in ten Hollywood films. He soon married a Hollywood actress Paulette Goddard to whom he dedicated his novel A Time to Love and a Time to Die. 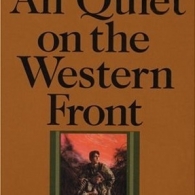 All Quiet on the Western Front

We are not youth any longer. We don’t want to take the world by storm. We are fleeing. We fly from ourselves. From our life. We were eighteen and had begun to love life and the world; and we had to shoot it to pieces.

It is very queer that the unhappiness of the world is so often brought on by small men.

We were all at once terribly alone; and alone we must see it through.