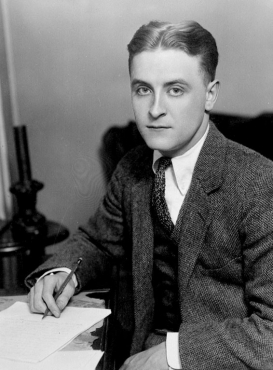 Francis Scott Fitzgerald (September 24, 1896 – December 21, 1940) is the writer who represents the entire epoch known as the jazz age. He rose to prominence at the age of 24 just after his debut novel, This Side of Paradise, was printed. But most of the acclaim came to him in the 1950s when his third book got international popularity. In the opinion of another prominent American writer Gertrude Stein, Fitzgerald and other artists who went through World War I belonged to the Lost Generation.

The writer was born in St. Paul, Minnesota, to wealthy and religious upper-class parents of Irish origin. Most of his childhood he spent in New York as his father was working there at Procter & Gamble till 1908. He was a former furniture manufacturer who achieved no success if that field. The boy got all the privileges his origin demanded including the best education possible. Before enrolling into the Princeton University in 1913, he was sent to an acclaimed preparation school in New Jersey. The family had just moved back to Minnesota when Fitzgerald’s father lost his job in The Big Apple.

At university Fitzgerald aimed at establishing himself as a football star plus a reporter for the newspaper. He wasn’t qualified enough to play football but found relief at writing for the Princeton Triangle Club, a famous theatrical troupe which specialized in musicals and comedies. Fitzgerald never officially graduated Princeton due to a combination of laziness and illnesses. In 1917 he joined the American Army. Fitzgerald came back home after the war and met his life-long muse – Zelda Sayre.

Coming from a wealthy family, Zelda had her doubts about whether Fitzgerald would be able to support the family and dumped him after an engagement. In fact, Fitzgerald wrote his earliest novel, This Side of Paradise, to prove Zelda his ability to provide a steady income. This semi-autobiographic book about the writer’s experience in Princeton was finished in 1920 and enjoyed enormous success. A week later the couple got married. This novel launched Fitzgerald’s writing career. The reaction of the public to The Beautiful and the Damned, his next novel, wasn’t that positive. Even his third novel, The Great Gatsby, that is a well-known and admired masterpiece nowadays, didn’t get much recognition during his lifetime.

Fitzgerald spent the 1920s in Paris, the literary capital of those times. He met and befriended a lot of outstanding personalities like Ernest Hemingway and Erich Maria Remarque. Plus, he created short stories and sent them to different magazines – that was the main source of their income. Unfortunately, due to constant financial troubles and debts he got involved in alcohol and his drinking became even more legendary than his books. One of the reasons was the mental disorder of his wife. At some point, the writer had no other choice than to send her to a special facility to receive necessary treatment.

Forgotten and in despair, he moved to Hollywood to produce screenplays for different film companies. In 1937 Fitzgerald signed an agreement with the company with Metro-Goldwyn-Mayer. The writer finally made enough money to support himself and pay Zelda’s medical bills. He was distracted from concentrating on his fourth novel, Tender is the Night. From 1939 the writer issued a series of short stories where he parodied himself, The Pat Hobby Stories, that turned out pretty successful. His life ended unexpectedly – the heart attack took Fitzgerald’s life in his flat in New York. The writer was in the process of creating his last novel, The Love of the Last Tycoon, about a Hollywood film director. It was published after his death. 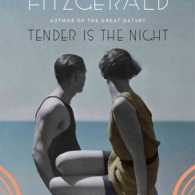 Tender Is the Night

So we beat on, boats against the current, borne back ceaselessly into the past.

I hope she'll be a fool -- that's the best thing a girl can be in this world, a beautiful little fool.

Angry, and half in love with her, and tremendously sorry, I turned away.