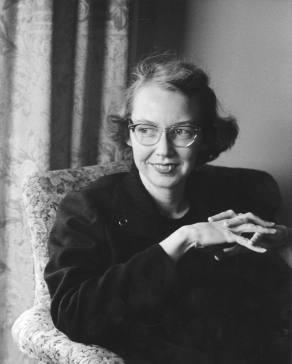 You know some facts about Flannery O’Connor, but don’t understand who this woman was? This essay will help you to reveal some new facts in the biography of Flannery. She was one of the greatest southern writers, novelists and just personalities in the 20th century. Now we can open a new page of a story about an unusual woman of that time.

Flannery O’Connor was born on March 25, 1925, in Savannah (Georgia). A lot of people are convinced it’s an ordinary town and no more. In reality, the girl belonged to a Catholic family. They lived near the Cathedral. All her relatives were devout. This aspect can later be noticed in her writings. Flannery began the education in Georgia, and she liked everything. In 1938 the whole family moved to Milledgeville (it was also Georgia but another territory). Unfortunately, the girl’s father was diagnosed with a very serious disease. Very soon he died.

Then the young girl continued her studies at Georgia State College for Women. Some children even remembered that Flannery O’Connor was extraordinarily gifted but too timid. This talented girl managed to express herself by creating cartoons for some magazines and school newspapers. It was her cup of tea, and this activity brought satisfaction and pleasure to the young star. The next educational institution was the University of Iowa Writers’ Workshop. Here woman studied stubbornly and won a scholarship in journalism. Flannery was taught by many significant writers, who helped her in creating the first stories. All of them were filled with dialects and wits. Thankfully, she quickly understood that writing is a better occupation.

Flannery tried to work more and more. Maybe due to this reason, she never married. An outstanding woman very often presented people with incredible masterpieces. Everything seemed great, but one day (in 1964) the surgery reactivated her diseases. From this moment it only progressed. In several months, it was difficult to recognize Flannery. On August 3, she died and was buried beside the father in Milledgeville.

The author was mostly interested in short stories with the tricky plot. She was indeed the master of such types of writing. What about the first novel, it was “Wise Blood.” This revealed the readers another world outside. In this novel, the woman told a little bit more about southern writers and their native lands. Some books underlined her Christian vision and views. If you want to discover things, which inspired O’Connor, you can just read the following writers (Katherine Anne Porter, Caroline Gordon, Georges Bernanos and many others.

Moreover, she liked birds very much. It was rather a strange but unordinary hobby. The woman even raised a lot of birds by herself.

One more essential characteristic of this author is that Flannery O’Connor was dedicated to her work. She spent a lot of time and health on writing even in the last months of life, struggling with the disease.

The best works, which are worth reading.

Having read these works, you will change your opinion about some things in your life perception. Try to find some hidden symbols which add extra philosophical insight into the message of each story.

There is even one award, which is named in honor of Flannery – The Flannery O'Connor Award for Short Fiction.

Finally, we would like to say that Flannery O’Connor deserved to be well-known all over the world. She managed to create an impressive oeuvre. Don’t miss the chance to become a part of her inner, deep world through the magic of books.

Neville Spearman said: “Miss Flannery O’Connor is one of those writers from the American South whose gifts, intense, erratic, and strange, demand more than a common effort of understanding from the English reader. Miss O’Connor may become an important writer.” 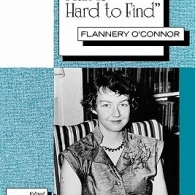 A Good Man Is Hard To Find