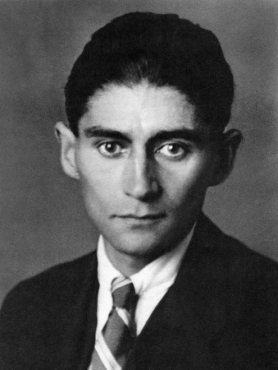 The birth of the future popular author took place in Prague, in the Jewish ghetto. The boy was born on July 3rd, 1883, in Jews family. Franz's father named Herman Kafka earned his living by selling haberdashery. His family came from the Jewish community of South Czech. The boy's mother was from a wealthy German family of brewers.

The family knew and spoke perfectly in two languages, Czech and German. This was passed on to the children of the family. Franz’s 2 younger brothers died at an early age, before reaching the age of two. Also, the boy had three sisters, who were killed during the Second World War by hitting the Nazi camp.

From 1889th to 1893th, Franz studied at the elementary school. After graduation, he entered the gymnasium and studied there until 1901th, where he received a certificate of maturity, after a successfully passed exam.

The young man was fluent in Czech and German, thanks to his parents, and also he independently studied French.

When the boy turned 20, he became interested in the traditional Eastern European culture of the Jews, which is quite late for a Jewish child. Kafka's interest in traditions was opened thanks to theatrical Jewish groups that toured at that time in Prague, but the craving for studying Hebrew appeared in Franz only after many years, almost at the end of the writer's life.

Franz continues his studies and goes to Prague University, where, under the guidance of the scientific leader Alfred Weber, defends his dissertation, and afterward receives a doctorate in law.

The first job of the young man was in the insurance department. Here Kafka worked in low positions for quite a long time, in order to hate this work and higher leadership. This work hung on the writer a heavy burden, as his soul was given to literature and writing. In his letters, and afterward in a diary (a biography written by Claude David) Franz confessed how painful it is for him to work among such disgusting workers. He wrote about his hatred of his colleagues, his boss, and even his clients. Literature was in the first place for him, it was his soul, and it "justified his existence", as the author said himself.

However, Franz came out on retirement much earlier, due to a serious illness. All his life, Franz was quite sickly, although he always stoically suffered illnesses and ailments. In 1917th, he was overtaken by another illness, which was too difficult to cope with. Pulmonary hemorrhage led to the fact that the writer had tuberculosis. This caused the early retirement in 1922th.

In love affairs, Franz wasn’t very successful. He was never married and had no children. A few amorous relationships didn't last long and never grew into something more serious.

Only love for the literary work lived in the author all his conscious life and didn't leave him until his death. However, despite all the passion for literature, most of what Franz wrote was printed and presented to the world only after his death. His works reflected his inner state, how he felt the world and people. In the work of Kafka felt anxiety and uncertainty in front of the outside world. An excellent example is his work, "Letter to His Father," which vividly reflects the complex relationships that had the writer and his father.

In 1923, Kafka, together with a nineteen-year-old satellite, went to Berlin, in order to distract from extraneous experiences and family problems. But after a couple of months, he returns to Prague, because his health deteriorated significantly. Tuberculosis affected the larynx, which gave off a lot of pain and this pain prevented him from eating.

He died in the Viennese sanatorium on June 3, 1924. The writer's body was transported to Prague and on June 11, 1924, in the New Jewish Cemetery in a common family grave. 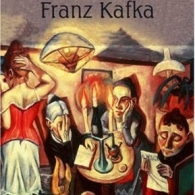 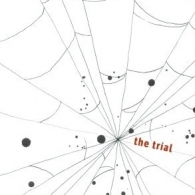 As Gregor Samsa awoke one morning from uneasy dreams he found himself transformed in his bed into a gigantic insect.

Was he an animal, that music could move him so? He felt as if the way to the unknown nourishment he longed for were coming to light.