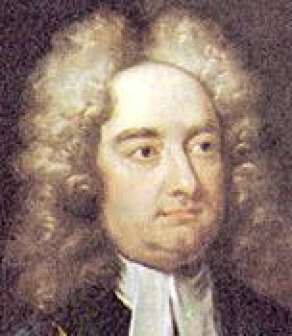 Jonathan Swift who is also well-known by his pseudonym Isaac Bickerstaff was born in Dublin in November 30, 1667. This author is very popular even nowadays for his numerous exciting texts and prose. But the most popular text by which we know him is “Gulliver’s Travels” (1726). But first things first, let’s get to know his early life and education he got on his way to success.

His father had the same name – Jonathan Swift, let’s call him “the elder.” So, he was a typical Englishman, who decided to move and live in Ireland. Approximately after the moving, he became the King’s steward. In the year of 1664, he met and married Abigail Erick who was a charming daughter of another Englishman. When it was spring 1667, he suddenly died without any previous reasons or disease. He had gone leaving his wife, little daughter and unborn son without father and husband. As he had brothers, they took care of his family. The author grew up without the strong backup of father’s care and love, but of course, his uncles were very nice and generous to him. Though his father died, his family never gave up and continued taking care of little kids. So, when he grew up and was six years old, his relatives decided to send him into the best school in Ireland – the Kilkenny School. After finishing school, he decided to continue education. That is why in 1682 he entered Trinity College in Dublin. There, in 1686, Swift got the bachelor’s degree of arts. His family was so much proud of him. That is why he always felt support.

What happened next? He decided that a bachelor’s degree isn’t enough and entered Trinity College again, but at another level. There he wanted to get the master’s degree from arts. That is why he ended his education only in 1689. Soon, he became a member of the household in the house of his mother relative. Mr.Temple was a good man that is why being with him was an honor and pleasure for Swift. He was with Mr.Temple till the death of the last.

Temple was a man who wanted to leave memories after his death. As he had a strong desire to succeed in it, he asked Swift to become his secretary. Swift became a very high intellectual person in the period of living and working in the Moor Park, all those books and the big Temple’s library made him a very smart person. Later, in 1692 Swift got his master’s degree at the University of Oxford as well.

The period from 1691 to 1694 was very notable for Swift as he wrote a great number of poems and odes. The most well-known book, Gulliver’s Travels, saw the world in 1726. It is not known when exactly he began work on this text, but we know for sure that in 1721 there starting to be visible several reminders about the greatest satire in his corresponding. By August 1725 it has finished, so scientists suppose that this period was exactly when the story was written. The success was immediate and huge. Why was it so? Because of being so understandable to common readers showing problems of society we all face till now.

We also know that the story was written when Swift had a good friendship with the poets Alexander Pope and John Gay. Last years of Swift’s life was full of rumors and misrepresentation. Someone even tried to convince people in author’s lack of self-control and what an ungovernable temper he had. Others said that he was insane. Believe in it or not, but there were medical facts of that confirm his normal self-being. Also, there is the fact that Swift had a disease since being young-he had suffered from what is known now as Meniere’s disease. But this illness had no connection to his brain, he has never been affected, and that is why he is regarded to be a genius. However in 1742, he was announced as being incapable of caring for himself, and that is why several guardians and servants were appointed. This famous author died in 1745, in Dublin. 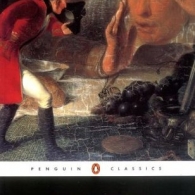