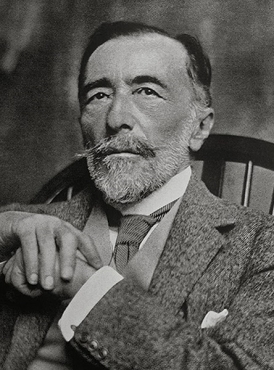 Joseph Conrad – a son of Polish patriots, a man of three cultures

Joseph Conrad was an officer of the merchant navy, a novelist and a classic of English literature. Conrad was an English writer of Polish origin. He is considered as one of the most prominent English prose writers, so it is worth noting that Joseph Conrad did not speak fluent English until the age of 20. He was the greatest English novelist from Ukraine.

His works had a great influence on many writers, including Ernest Hemingway, Graham Green, William Barrow, Joseph Heller, and others. Writing in times of development of the British Empire, Conrad, using his own experience in the British merchant navy, created novels and short stories that reflected the hidden aspects of the world domination of the British Empire, while plunging into the depths of the human soul.

Joseph Conrad (born Jozef Teodor Konrad Korzeniowski) was born on December 3, 1857, in Berdychiv, Ukraine, the region had once been part of the Crown of the Kingdom of Poland in the family of the writer and Polish patriot Appolo Korzeniowski, the follower of A. Mickiewicz.

The first impression about literature Conrad received in childhood by father`s translations of Shakespeare's plays. His controversial attitude towards Russia was formed when his family, through the participation of his father in the national liberation movement, was subjected to administrative eviction in Vologda in 1863. After the death of parents, Conrad was brought up by his uncle, Tadeusz Bobrowski. Later Konrad will devote his first novel “Almayer's Folly” to him.

In 1874, after refusing to accept Austro-Hungarian citizenship, 17-year-old Joseph Conrad, in order not to be called to the Russian Army, went to Marseilles and was arranged by a sailor in the French merchant navy.

Joseph Conrad`s life was full of adventure, as he was involved in arms smuggling and political conspiracies, which he later reflected in his novel “The Arrow of Gold”, and survived the unsuccessful love that threw him into a deep depression and led to an unsuccessful suicide attempt.

In 1878, Conrad entered service on a British ship, which was heading to Constantinople, since Russian citizenship did not allow him to serve in French ships. When the ship returned to Britain, Joseph Conrad first landed on British soil in the port of Lowestoft. In 1881, he received a certificate that gave him the right to be a captain, and British citizenship, and officially changed his name to Joseph Conrad.

In 1889, Joseph Conrad decided to visit Central Africa, where he saw cruelty and atrocities that became the basis of one of his the most famous works “Heart of Darkness”. During the trip, Joseph Conrad fell ill with a fever that he suffered from all his life.

In 1894, at the age of 36, Joseph Conrad left the sea because of bad health condition and decided to devote himself to literary work. His first work “, Almayer's Folly,” was published in 1895. In 1896 "An Outcast of the Islands" came out. These two works have created Conrad's reputation as a novelist and a narrator of exotic stories. These false representations were followed by Joseph Conrad all his life.

In 1896, Conrad married a 22-year-old English girl Jessie George, with whom he had two sons Boris and John.

Despite the recognition of critics and the intellectual elite, wide literary fame and recognition came to Conrad only after the publication of the novel “Chance” in 1913, although this work, paradoxically, is considered far from the best work of Joseph Conrad.

The author died on August 3, 1924, from a heart attack and was buried in the Canterbury Cemetery, in England.

The works of Joseph Conrad had a great influence on the work of science fiction writers of the twentieth century. The ideas expressed by him in the story “The Heart of Darkness” about a civilized man, a researcher who happened to be in a strange, “uncivilized” country, are reflected in the works of Michael Bishop and Lucius Shepard. The idea of the story "Secret Sharer" about an unexpected appearance on the ship of an unusual guest was beaten in the fantastic novel by Robert Silverberg.

But direct relation to the science fiction has a novel “The Inheritors: An Extravagant Story”, written in 1901 in collaboration with Ford Madox Ford. This novel can be called as standing at the origins of the development of science fiction as a genre. “The Inheritors: An Extravagant Story” is a political and social satire on the topic of evolution. 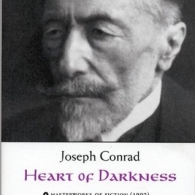 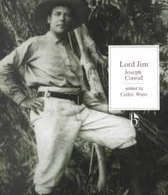 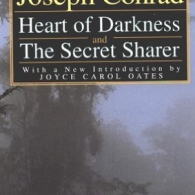 It was written I should be loyal to the nightmare of my choice.

I don't like work--no man does--but I like what is in the work--the chance to find yourself. Your own reality--for yourself not for others--what no other man can ever know. They can only see the mere show, and never can tell what it really means.

Your strength is just an accident arising from the weakness of others.