Mary Shelley is often known as a wife of a poet Percy Shelley and the author of the Gothic novel “Frankenstein”. Besides editing the works of her husband, Mrs. Shelley wrote many novels, drama pieces, essays and short stories before and after “Frankenstein”. However, only one of her hovels deserved the spotlight that doesn't fade even in the 21st century – “Frankenstein” is considered by critics to be the outstanding phenomenon of world literature.

Mary Wollstonecraft Shelley was born on August 30, 1797, in London. She comes from an English family with rich writing history: her father, William Godwin, is a political journalist and philosopher. Her mother, Mary Wollstonecraft, was widely known for her promotion efforts of women rights and equal opportunities for both genders. Unfortunately, she died shortly after Mary had been born.

Both parents were referred to as the great influencers of British thinking of their times. Mary herself deeply appreciated her origins, especially worshipping her mother’s influence on British female movements.

Mary spent her childhood in Scottish rural area and started writing from early years. Writing various stories was one of her favorite hobbies. Her father remarried again and has to work very hard to make the ends of his large family meet. Busy with writing literature that would sell rather than influence minds, William Godwin slowly left his unofficial position as a great thinker. This meant that many people stopped calling him their friend, but there still were true fans of his talent that remained loyal to him. Among his new acquaintances was the young aristocrat Percy Shelley.

Meeting young Mr. Shelley opened for Mary the world of high-minded aspirations, noble thoughts and intense feelings that previously existed only in her imagination. At that time Mr. Shelley was expelled from Oxford because of his “The Necessity of Atheism” pamphlet. Also, his attempt to save a daughter of a tavern keeper, which lead to the impetuous marriage of the two, made Shelley an unwanted son of his family. But he became a frequent guest at Godwin house and acquired a lot of debts to help the family.

Percy Shelley and Mary Godwin got to know each other very well and both described their feelings in writing. They said that they had found a mind capable to understand their intentions and dreams, and the soul that vibrates at the same rhythms as their own.

Despite the fact that Percy was married and already had a child, the couple hit off with the kind of romance that prevails romantic stories of XIX century. Dates at the resting place of Mary Wollstonecraft, escape from father’s house, persecutions from Harriet (Shelley’s wife), Harriet's suicide and death of Mary’s children – the couple wrote their own intense love story illustrations, which consisted of poems and tragedies.

Shelley openly declared his feeling for Mary in 1814 and the couple married in 1816. The everyday routine tried its best to make their life mundane and regular, and the couple in their turn used every opportunity to stir things up. The couple was friends with Lord Byron and Mary’s stepsister, Claire Clairmont, became his lover. It is during their holidays in Switzerland that the author got an idea for “Frankenstein” – a mix of Gothic elements, romantic poems, and enlightening realism in one scary novel that challenged the Christian morals of the 19th century.

Mary herself said that while traveling around Germany and Switzerland she read a couple of ghost novels translated from French and German. These books had a strong influence on the travelers and Lord Byron suggested that everybody should make up their own horror story. Mary was inspired by the philosophical discussion between Shelley and Byron about origins of life, and the possibility that humans will ever discover or even replicate the secret of birth. They discussed galvanism and different approached to animate material substances.

That’s how one of the most exciting scientific fantasy novels of the XX century was incepted. “Frankenstein”, or as it is sometimes called “The Modern Prometheus” was published in 1818. The work on the story was conducted in a middle of a personal life storm.

In 1817 Percy’s wife Harriet committed suicide. It meant that Mary and Percy could finally register their alliance in church. The couple also wanted to take care of Percy’s children from his first marriage, but the court considered Mary’s husband a dangerous libertine and he was deprived of his paternal rights. When Mary’s stepsister Claire gave a birth to a daughter, Mary cared for the girl until she was placed in a convent in Italy where she died.

Constant financial struggles and fear that Percy could also be deprived of the parental rights to Mary’s children forced the family to move out of Britain to Italy. The emigration coincided with the publishing of “Frankenstein” in 1818. Mary was only 20 years old at that time. But her text was rich of philosophical thoughts on incomprehensive secrets of creation and the dangers of humans meddling with nature and its laws.

There are speculations to what extent Mary’s husband was involved in the creation of the text since the couple constantly edited the works of each other. But nobody dares to argue that the story how Victor Frankenstein created a live creature from dead body parts in the course of an experiment is the science fiction novel that will be remembered forever.

During her life in Italy, Mary faced many tragic events, such as the death of her stepsister and then father. In 1822 her dear husband, who wasn’t even 30 years old at that time, died in a storm. But good things also happened, such as the birth of the fourth and the only surviving child, a son of Percy Shelley, Percy Florence.

Such tragic events greatly influenced Mary and she devoted her life to editing her husband’s literary heritage and educating their son. Despite the fact that her father-in-law was quite wealthy, he didn’t recognize his son’s marriage and provided a very little allowance to his grandson. Mary was supporting the family by her writing talent.

During her lifetime Mary Shelley published six novels. Five of them are outshined by her notorious science fiction creation, but there are other respected works. Among them is “The Last Man” (1826) and “Lodore” (1835). These books were written after the death of her husband and bear a lot of autobiographical elements.

“The Last Man” (1826) is a utopia in which Mary was trying to project into the future her loneliness and sadness. The protagonists of the book bear resemblance of Mary and Percy. The great inventions make life easier and humans free. But the nature revolts against people: epidemics, tornadoes, and earthquakes invade the world. Trying to survive people start to attack each other.

Mary Wollstonecraft Shelley died on February 1, 1851. She was fifty-three years old at that time and had been suffering from ill health for a long time. The doctors claim that it was the brain tumor that took the life of this great novelist. 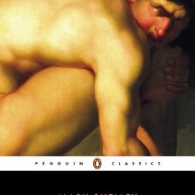 Even broken in spirit as he is, no one can feel more deeply than he does the beauties of nature. The starry sky, the sea, and every sight afforded by these wonderful regions, seems still to have the power of elevating his soul from earth. Such a man has a double existence: he may suffer misery, and be overwhelmed by disappointments; yet, when he has retired into himself, he will be like a celestial spirit that has a halo around him, within whose circle no grief or folly ventures.

I was benevolent and good; misery made me a fiend. Make me happy, and I shall again be virtuous.