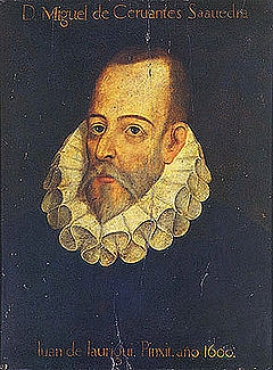 This famous author was born in Spain in the year 1547. He is well-known as a novelist, poet, playwright, and, what is the most important – the creator of Don Quixote. After the novel saw the world, he became one of the most important Spanish writers of that century. Moreover, he still keeps being the important figure of their culture and literature.

Just imagine, his novel (full variant or in parts) has been translated into more than 60 languages. And it is not all. Editions continue to reprint his work; critics keep talking and discussing controversial questions, Spanish people continue to celebrate birthdays of this Spanish writer.

Now, let’s talk more about the life and childhood of Cervantes. He was born near Madrid in a small town. Some researchers say that the exact date is the 29th of September (it is the day of San Miguel). What is known for sure – he was baptised on October 9. He was born in a very big family being the fourth child of the seven ones. His father has never earned good money. He was a barber-surgeon who set bones, performed bloodlettings, and attended lesser medical needs.

Cervante’s family moved from one town to another very often that is why even the smartest scientists don’t know a lot of information about Cervantes’s early education. We even suppose that he was studying under the Jesuits. But what was unlikely to the poets of that time – he didn’t go to the university and never get the higher education. Also, what is known for sure – at some time he became so addicted to reading, that there was no similar person. That is why the head of one municipal school in Madrid Juan López de Hoyos said that Cervantes was the one “beloved pupil.”

In July of 1604, he sold rights on the first Part to the publisher-bookseller Francisco de Robles. The novel had an immediate success. The second part of the book saw the world in 1615.

1. He was a military man

The author is also well-known under the name of Manco de Lepanto; according to the researchers, he decided to join military service in 1570. He took part in the Battle of Lepanto in 1571. During this battle, he was injured. But it didn’t make him stop; he continued fighting. One day he and his brother were captured and kept as prisoners in Algier. The value of his freedom was “500 escudos de oro,’. What is more – this amount was too much for his family, and it took five years for them to get all the sum.

It is still unknown how did he look like? The only description we have and know was written by himself in the prologue of his work Exemplary Novels: “This you see here of aquiline face, brown hair, forehead smooth and emptied, of bright eyes and nose curved, although well provided….” All next portraits were based on this description, and that is all.

Really, very poor. His family always faced difficulties with finances. Because of this, his father was even sent to the jail. Even when Cervantes was a prisoner and his family wasn’t capable of paying for his freedom it took five years to pay that sum. Cervantes had worked hard through his life, but he never earned enough to lead a comfortable life. You may ask – what about his texts? Don Quixote? Well, he died 12 years later in tremendous poverty after the publication, but he never got any payment for his work.

Miguel de Cervantes Saavedra was and still is well-known author, his Don Quixote is one of the most readable books, he remains as a smart and strong person. No matter what happened to him during life, more important is that in the 21st century we still know him. 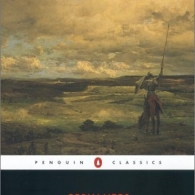 Finally, from so little sleeping and so much reading, his brain dried up and he went completely out of his mind.

The truth may be stretched thin, but it never breaks, and it always surfaces above lies, as oil floats on water.

When life itself seems lunatic, who knows where madness lies? Perhaps to be too practical is madness. To surrender dreams — this may be madness. Too much sanity may be madness — and maddest of all: to see life as it is, and not as it should be!