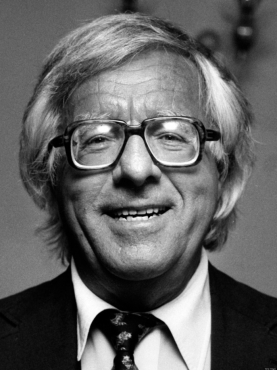 Ray Bradbury is an American writer. The author is known mostly for his dystopian novel “Fahrenheit 451” (1953), semi-autobiographical novel “Dandelion Wine” (1957) and a series of stories “The Martian Chronicles” (1950). His texts laid the foundation for many movies, theatrical plays, and musical pieces.

During his career, the writer has created over 800 various literary works. He wrote novels, stories, plays, articles, and even poems. His plays were quite popular, while the poems didn’t gain that much popularity.

Mr. Bradbury is traditionally referred to as the classic representative of the science fiction genre, despite the fact that the majority of his texts lean more towards fantasy, fairy tale or parable. Many critics say that his main accomplishment is that he managed to revive the interest of the general public to science fiction and fantasy genres, which were slowly becoming forgotten on the sidetracks of the contemporary art before Ray Bradbury took the stage.

Ray Bradbury was born on August 22, 1920, in Illinois. His middle name Douglas comes after a famous writer Douglas Fairbanks. His father was a descendant of early British settlers that came to the USA in 1630. His mother was Swedish. Both parents took interest in cinematic art.

Ray Bradbury was exposed to death from the early years, as he had to witness how his brother, sister, and grandfather passed away from illnesses. This painful experience will greatly influence the writer’s texts in later years.

The family moved to Los Angeles during the Great Depression. There Bradbury finished high school but his family couldn’t provide him with higher education due to financial constraints. The young man started to write at the age of 12. His debut piece was the attempt to write a continuation of “The Warlord of Mars” by Edgar Rice Burroughs. In his interview, the author will later admit that Edgar Burroughs heavily influenced one of his most known works, “The Martian Chronicles”. In his other works Bradbury imitated the style of Edgar Poe Victorian prose and poetry.

In 1937 the writer joined the circles of Los Angeles Science Fiction Society. After the Great Depression times, this was one of the few existing young writers alliances. His stories started to appear in magazines that published a lot of science fiction works of varying quality. The writer worked hard on polishing his literary mastery and shaping his personal style.

From 1939 to 1940 the writer published a magazine “Futuria Fantasia”. The fanzine only had 4 issues published in 100 copies each, but it was on these pages that young Bradbury started to talk about future and its menaces.

By 1942 the author was able to make a living off his writing, publishing around 50 stories annually. The writer continued to pay close attention to the developments in the scientific domains, attending world’s biggest exhibitions related to these areas.

In 1947 Ray married to Marguerite McClure and the couple had four daughters. Marguerite invested a lot of efforts in order to fill up the family budget (which sometimes consisted of only 250 dollars per month) so that her husband could focus on his writing.

The best of Bradbury’s initial stories were published in a collection entitled “Dark Carnival” (1947). It was met with lukewarm interest from the public. The first real commercial success for Bradbury came with the publishing of “The Martian Chronicles” (1950).

The writer used to say himself that these chronicles were his best creation. The other myths around the book have it that Bradbury hardly had enough money for the bus ticket to travel to New York to show the manuscript to a potential agent. Soon after its publishing the situation changed, and Bradbury would be stopped on the train for autographs.

The real worldwide fame came to the author with his novel “Fahrenheit 451” (1953). In 1954 this novel was published in three consecutive issues of the Playboy magazine. In this text, the author describes a totalitarian society, where any book is meant to be destroyed by fire. In 1966 the book would turn into a movie by Francois Truffaut.

The cinema industry played a very important role in the life of the writer. Ray Bradbury created multiple movie scripts and screenplays, including the famous Moby Dick film. Bradbury was even invited to work on the legendary “The Birds” horror film, but was busy with the show “Alfred Hitchcock Presents” at that time.

Even once his name was firmly established, Ray Bradbury continued to work hard, devoting a couple of hours a day to his writing. In 1957 he published a semi-autobiographical novel “Dandelion Wine”. Not long after that the writer also wrote the continuation of the story entitled “Farewell Summer” (2006), which was initially refused to go into publishing due to “immaturity” of the text.

Just like his previous big success, “Dandelion Wine” models “The Martian Chronicles”: it is a collection of separate stories, some of which have already been published before. But overall the book created a very cohesive impression on the readers, compared to the Chronicles. The town and the protagonists (Tom and Douglas) bear resemblance to the real life of the author. The main themes of the book are the simple joys of bright childhood memories and the beauty of experiencing mundane life events.

“Something Wicked This Way Comes” (1962) is a dark story that plunges upon sympathy towards evil that hides in every heart. After 1963 Bradbury continues to publish new stories while discovering a new genre for him – drama. His first collection of plays entitled “The Anthem Sprinters and Other Antics” (1963) was devoted to Ireland, where the author spent half a year traveling.

In 1982 a big collection of Bradbury’s poems was published in a book “The Complete Poems of Ray Bradbury”. In 1984 the author came back to his earlier works and published them again in a collection entitled “A Memory of Murder”. He also wrote a detective novel “Death Is a Lonely Business” (1985).

Ray Bradbury is often called the master of fantasy. He won many prizes for fantasy writing, such as The Hugo Awards in 1954. But he didn’t consider himself a fantasy writer and preferred not to limit his talent to one specific genre. Ray Bradbury was awarded the American Academy of Arts and Letters award, as well as Pulitzer Prize and National Medal of Arts. The New York Times once called Bradbury the writer, who managed to turn science fiction literature into mainstream reading.

Ray Bradbury continued to write every morning even during his declining years because he believed that each new story would extend his life. His last novel to be published, “Farewell Summer”, was issued in 2006. The author died on June 5, 2012 in Los Angeles.

During his whole life, Bradbury maintained a strong interest in science and wasn’t afraid to start a conversation about the weaknesses of human nature, which can lead people to self-destruction. Thanks to his vivid and lively stories, poetic writing style and fresh wording, Ray Bradbury managed to bring popularity to science fiction genre. 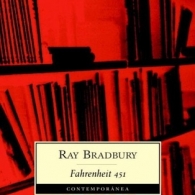 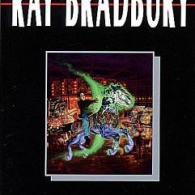 Something Wicked This Way Comes

Everyone must leave something behind when he dies, my grandfather said. A child or a book or a painting or a house or a wall built or a pair of shoes made. Or a garden planted. Something your hand touched some way so your soul has somewhere to go when you die, and when people look at that tree or that flower you planted, you're there. It doesn't matter what you do, he said, so long as you change something from the way it was before you touched it into something that's like you after you take your hands away. The difference between the man who just cuts lawns and a real gardener is in the touching, he said. The lawn-cutter might just as well not have been there at all; the gardener will be there a lifetime.