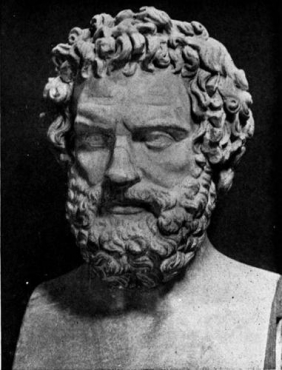 Sophocles was born in 496 Before Current Era in Hippies Colonus in Attica, near Athens. He came from the wealthy family of a manufacturer. Therefore, he was able to gain a good education. He studied all of the art from his early childhood and when he was sixteen he had already fame of a very talented and smart person.

His career began as a lead a choir of boys who performed at a celebration of the Salamis victory. Twelve years later he showed his dramatic vision in the Dionysia theatre competition and won. Later he took part in 30 competitions and won 24 of them. In general, he wrote 123 plays. All of them were highly estimated, but very little of them have survived till now. Historians have found only some fragments of most plays. Only seven plays were found in the complete form. That’s why it is very difficult to make the chronology of his works. Some specialists suggest the following order: Ajax , Antigone, Oedipus the King, Trachiniae, Electra, Philoctetes and Oedipus at Colonus.

There is no doubt that Sophocles is one of the innovators of the theater and playwriting in general. First of all, he increased the chorus from 12 members to 15. He is the person who suggests adding a third actor to the play and adding painted scenery to the stage. Actors wore masks to play different roles and scenery sometimes changed during the play. Thus, he involves the audience in the life of tragedy and its problems and questions. These novelties made the plot more interesting and helped to deeper into the characters of the heroes. The scale of the dramatic conflict had been expanded and became more complex, and the plot became more dynamic.

Most plays are based on Greek mythology. Sophocles interprets them in another way usually with a tragic ending. He uses a theatrical metaphor to show people what is good and what is bad. Also, there is a hero in the play who has exceptional skills. Sophocles highlights that most people do not have wisdom. He shows that there a lot of ignorance, mistakes and silliness.

Sophocles rejected the expansive Aeschylean framework that called a trilogy. He suggested clarifying one action in one play. Therefore, from the time Sophocles established this idea, the trilogy is three separate tragedies written by the same author and presented in turn.

We can identify three epochs in his writing style. First one is borrowed from Aeschylus – bloated nobility. The second is the brutality of expressions according to his characteristics. And the third – he created a style to portray the human character.

His greatest work is “Oedipus the King”. In this play, Oedipus kills his father and marries his mother. He wants to avoid the predictions, but he fulfills it by himself. This tragedy shows that person can’t avoid his fate. Most specialist calls this play perfectly structured.

The play “Oedipus the King” was out in 405, and Sophocles died that same year. 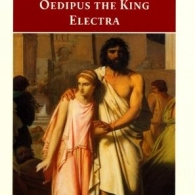 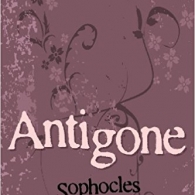 A happy love is full of quarrels, you know.

I am determined that never, if I can help it,Shall evil triumph over good." - Creon

Sister - if all this is true, what could I do or undo?