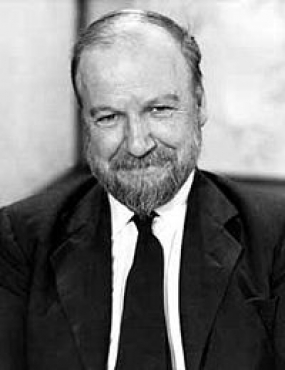 William Gerald Golding was born on September 19, 1911, in England. He is a British writer who in his works describes the darkness of a man’s heart when facing a difficult situation. Golding’s novels present an experiment and research of spiritual and ethical aspects of human life.

For Golding human life – is a tragedy, which manifests in misunderstanding and multiple personalities. The misunderstanding is demonstrated as an inability to establish contact between different people, as well as different civilizations.

In 1983 William Golding was awarded a Nobel Prize in Literature. His nomination came as a surprise to many, since at that time another writer, Graham Greene, was considered one of the strongest candidates. During his speech, he said that he has been labeled a pessimist and the audience keeps interpreting his works through this focal point, looking for something desperate and hopeless.

Golding was born in Saint Columb Minor village in England. His father was a school teacher, who had radical political views and strong beliefs in science. His mother, Mildred, took an active part in the women’s rights movements. He attended the school where his father worked and then entered Oxford (Brasenose College). William started there with studying natural science, which was very much a wish of his father, but then switched to literature and started writing. His first book was a collection of poems entitled “Poems”, published in 1934.

After graduation, Golding worked at a clearinghouse in London and then started teaching himself. He taught English, philosophy and even music. During the war, William left his teaching career and joined the Royal Navy in 1940. He made his way up to the title of commander of the destroyer.

He returned from the war to teaching and writing, which he really enjoyed doing. The romance of the sea and the passion for teaching will remain with the author for life. During these periods, he will gain a lot of inspiration and material for his later works. In his letters and essays, he would say that for the man it’s natural to produce evil.

At the beginning of his writing career, William Golding wrote four novels, but none of them was accepted for publishing. His fifth novel was the “Lord of the Flies” (1954). 21 publishing houses rejected the book until a new editor at the Faber & Faber decided to publish it. Ironically, the book became an instant success right after its appearance.

“The Lord of the Flies” is the most famous work of William Golding. It was translated into multiple languages, sold in over 20 million copies and turned into films in 1963 and 1990.

The book is an interpretation and an ironic commentary to “The Coral Island” by Ballantyne, with the same characters and names. This is the story of a group of children, evacuated from Britain because of the nuclear war. Their plane crashed on the deserted island and all the adults died. The boys are left to organize their own life. Attempting to bring order, they basically model the society they know before, but it slowly decays from the democratic and rational one. The tyranny and cruelty takes over the inhabitants of the island.

Critics find parallels between the plot of the book with the author’s regressive views on the civilization. Given an opportunity and lacking oversight, the honest and prudish boys turn into savage creatures, they kill each other and make human sacrifices.

William Golding continued his experiments with the human nature in “The Inheritors” (1955). In this book, the author describes how smart population (Homo sapience) avenges their predecessors (Neanderthals). At first, the reader meets Neanderthals, who are portrayed as communicable and sympathetic. But their tribe is destined to die when they meet the new, more developed and much crueler generation.

In "The Inheritors" Golding describes how two groups of people, who live nearby, have oceans of misunderstanding and hate between them. The central idea is survival, satisfying the basic needs of a person. Critics and historians claim that this was the novel the writer loved the most. However, the critics themselves mostly call his other novel, “The Paper Men” (1984), to be his best writing piece.

The next novel appeared in the next year and was entitled “Pincher Martin” (1956). It is the story of a naval lieutenant, Christopher Hadley Martin, whose ship was wracked by a torpedo. It is the third book that has survival as its key theme. The sailor believes in his chances to be rescued and keeps fighting the cold and the waves. His thoughts are confused with reality.

In “The Free Fall” (1959) the writer talks about the contemporary world. The narrator is Samuel Mountjoy – a British artist who was captured by Germans during the World War II. He is remembering his past in the book and reliving the moment when he lost freedom in a certain way. It is a book about the meaning of life and taking responsibility for one’s decision. The world is one connected organism in which everything comes around. This is the idea Golding actively explored with his friend James Lovelock.

At the beginning of the 1960s, Golding stops teaching and completely devotes himself to writing. In a couple of years he published “The Spire” (1964), the novel about the process of building a large spire, which will then collapse. The head of the cathedral decides to build an enormously high spire before he dies. The erection of such unique construction involved lots of lies, sacrifices, and murders.

In the next years, the writing career of William Gilding developed in three different directions: novels about contemporary society without mythological context, surreal novels with the key theme being the fall of the human, navy novels with a plot centered around the 19th century.

William Golding considered it pointless to write books that resemble each other. Despite the fact that the key themes in his books repeat over and over again, each of Golding’s novels describes them from different points of view. The main themes are connected with religion and philosophy: how human nature gravitates to evil, how natural evil is for human behavior, the gap between progress and morals, the necessity to understand the “dark” parts of one’s psycho. 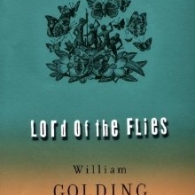 Lord of the Flies

Maybe there is a beast… maybe it's only us.

Ralph wept for the end of innocence, the darkness of man's heart, and the fall through the air of the true, wise friend called Piggy.

The thing is - fear can't hurt you any more than a dream.