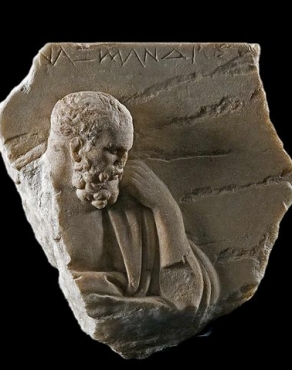 Greek philosopher, born in Melitus, Asia Minor (now Turkey). Known for his elaborate system of cosmology, he conceived the universe as a boundless mass separated into hot and cold masses from which land, sea and air were ultimately formed.

Apertures in misty substances enveloping parts of the hot mass appear as sun, moon and stars. From a misunderstanding of his belief that the first human beings were born from huge fishes he has been credited with anticipating the theory of evolution.