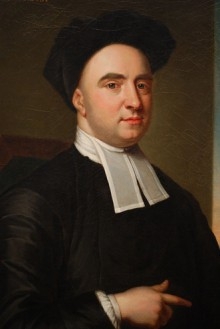 Irish philosopher and Anglican Bishop of Cloyne, born in Kilkenny. Educated at Trinity College, Dublin, he spent several years in London, where he knew Swift, Pope and Addison. In 1728–31 he taught at Rhode Island in preparation for the carrying out of his ill-fated plan to found a missionary college in Bermuda, a government grant for which was later withdrawn. In 1734 he accepted the bishopric of Cloyne in Southern Ireland.

There he lived until 1752 when he retired through ill health and went to Oxford, where he died. Berkeley’s philosophy of idealism is centrally a denial of the existence of matter, in the ordinary sense of the word. Locke had argued that the world of material objects gives rise to ‘ideas’ or subjective sense-impressions in our minds. We are directly aware of only these impressions. Berkeley held that there is no reason to suppose that anything lies behind these impressions: objects depend for their actuality on being perceived (esse est percipi – ‘to be is to be perceived’).

This doctrine can be easily misunderstood and ridiculed as it appears to violate common sense, but Berkeley is leading the argument to the point that since such impressions must be had by someone if they are to exist at all, and since it is accepted that material objects continue to exist when unperceived by men, their existence must depend upon perception by reason and ultimately by that of Supreme Reason or God.

His doctrine, he claimed, therefore refuted scepticism. This is a vast over simplification of the difficult series of arguments presented in his Principles of Human Knowledge (1710) and Three Dialogues between Mylas and Philonus (1713). On his return from Rhode Island he published Alciphron (1732), using the American background as a setting for more dialogues, Platonic in form.