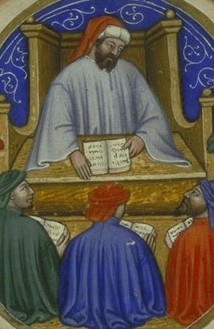 Roman theologian and philosopher. Born into one of the more eminent families of the Roman aristocracy, not much is known of his life before his imprisonment in 522 and his execution, on a false charge of treason, in 525. Boethius wrote extensively upon the corpus of Classical Greek texts, producing translations, commentaries, and fresh treatises in their own right. He was interested in *Aristotle’s logical writings, and was a student of the Neo-Platonists.

Most of his writings seem to be didactic in intention, and it is possible that he aimed to provide an encyclopaedic coverage of traditional learning. Boethius produced two works of philosophical theology, on the Trinity, and on the nature of Christ. He used Greek logic to overcome the apparent paradox of the Trinity in which three persons were also one. Easily his most famous work is the Consolation of Philosophy written while in prison. This sets out, within a Neo-Platonic context, to prove that unaided reason can have certainty about the existence of an omnipotent God.

He seeks to show that human free will is not incompatible with Divine foresight. It was one of the most popular books in the Middle Ages, and was translated into almost all the European languages. His treatise De Musica was also for many centuries an authoritative work.