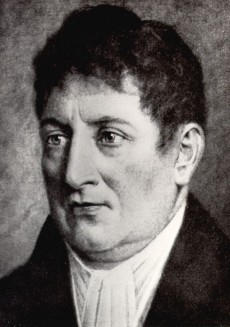 Johann Gottlieb Fichte was a representative of classical German idealism, a bourgeois democrat, a passionate patriot and humanist, a brave innovator who deliberately took up the construction of the theory of dialectics in the modern sense of this term.

Fichte was born in Rammenau, Upper Lusatia in 1762. His father Christian was a ribbon maker and could not pay for his son education. Johann Gottlieb proved himself to be extremely intelligent and by lucky chance get the opportunity to study with the financial support of Freiherr von Militz, a wealthy nobleman. Fichte entered the famous Pforta boarding school, located near Hamburg, and then continued education at the University of Jena. In a year he was transferred to the Leipzig University, but then suddenly Militz died. Having no money to proceed his studied, he was forced to quit the university without completing his degree. After that, he provided himself for a living being a tutor in different Saxon families. In the late 1780s, he returned to Leipzig hoping to find a better employment but settled as a teacher in innkeeper’s family in Zurich, where he eventually met his future wife, Johanna Rahn. The couple tied the knot in 1790. Later Fichte began to study Kant’s philosophy, which occurred only because one of his students wanted to learn his works, but this event had a lasting influence on his life and thought.

Versuch einer Kritik aller Offenbarung (Attempt at a Critique of All Revelation) was Fichte’s first work an already a success. Although he published it anonymously and it was assumed to be written by Kant, after disclosing the real author, Fichte became an integral part of the philosophic community of that time. While working at Jena, he expounded his system of "transcendental idealism" and wrote his most important works Grundlage der gesammten Wissenschaftslehre (Foundations of the Science of Knowledge), Grundlage der Naturrechts and Das System der Sittenlehre nach den Principien der Wissenschaftslehre (The Science of Ethics as Based on the Science of Knowledge). In 1799, he was dismissed from his teacher position for atheistic views and soon moved to Berlin; his reputation was waning. To earn a living, he gave private lectures and published new works, including "Die Bestimmung des Menschen" ("The Vocation of Man") in 1800. Johann Gottlieb Fichte died of the typhus epidemic in 1814.

The role of Fichte in the German classical philosophy lies in the fact that he consolidated the idea of the subject's activity in cognition. The thinker defended the ideals of freedom, raised the dignity of man as an autonomous person. For Fichte, human dignity is the highest ideal. One who helps for the dignity of a person cannot be free, but is a slave. Only the free one, who wants to make everyone free, emphasized Johann Fichte. Fichte had an influence only in his homeland, but for there he was a revolutionary thinker who turned philosophy from criticism to idealist metaphysics. Schelling and Hegel followed the path that he had laid.

Fichte also had a political influence. He contributed to the awakening of German nationalism. And after a hundred years, national socialism in practice applied his idea of a "closed state" and saw in Fichte one of its ideological predecessors.