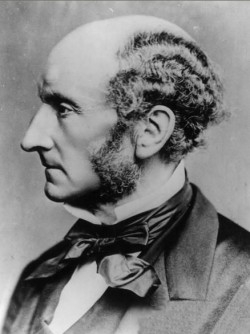 John Stuart Mill was a British philosopher, economist, and civil servant. He made a significant contribution to social science, political science, and political economy. He made a fundamental contribution to the philosophy of liberalism, insisted on the concept of individual freedom, as opposed to unlimited state control. He was a supporter of the ethical doctrine of utilitarianism. There is an opinion that Mill was the most notable English-speaking philosopher of the nineteenth century.

John Stuart Mill was born in 1806 in London, in the family of the famous English economist James Mill. Under the direction of his father, he received a thorough education. He independently studied philosophy, history, logic, political economy, mathematics, new and ancient languages in volumes that significantly exceeded university courses. On the other hand, he did not experience an actual childhood and did not have any friends of the same age, he grew physically weak boy. In adolescence, he experienced a severe mental crisis, which almost led him to suicide. However, such intensified, excessive occupations have caused significant harm to the child's mental health. At age 20, he experienced a serious nervous breakdown. But, largely due to the enthusiasm of the "Memoirs of Jean-François Marmontel" and the poetry of William Wordsworth, the depression soon retreated.

In the early 1820's, Mill met Augustine Comte, the founder of positivism and sociology, with whom he would be in correspondence for a long time. Comte's positive philosophy contributes to the complete rejection of Benthamism by Mill, and later to the denial of Anglican religious principles. The consequence of this is the refusal of John to enter Oxford or Cambridge. Instead, Mill worked with his father in the East India Company, in which he would work until 1858. In 1865-1868 he was the honorary rector of the St. Andrews University. At the same time, he is a member of the Parliament in the counties of City and Westminster, actively advocating the weakening of oppression in Ireland. In 1866, Mill heads the Parliament for the rights of women. However, his merits as a politician are not limited to this: he is also working diligently on social reforms, advocating the creation of trade unions and agricultural cooperatives. John Stuart Mill died in 1873 in Avignon, France.

In the book Utilitarianism (1863), he adheres to the point of view that the Bentham theory, according to which it is possible to achieve "the greatest amount of common happiness," must be carried out with the help of legislation. The main contribution of Mill to the theory of utilitarianism was the argument in favor of the division of pleasures on qualitative characteristics. His views differed from those of Bentham in that the latter considered all forms of happiness to be the same, while Mill claimed that intellectual and moral pleasures are above physical forms of joy. In his work On Liberty (1859), he acted as a advocate of individual freedom, against state interference in private life, including in economic activity, and also as a defender of women's equality: his book The Subjection of Women (1869) remains a classical statement of arguments in protection of female emancipation.