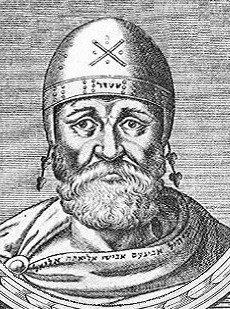 Philo of Alexandria was a prominent representative of Jewish Hellenism, whose center was Alexandria. He was a theologian, an apologist for Judaism, who by his works had a strong influence on the theological outlook of his exegetical method and his doctrine of the Logos. Philo tried to link the dogmas of the Jewish religion with Greek philosophy (Plato, Stoicism, Pythagoras). He is the author of the doctrine of the Logos, which he embodies in the form of a supreme idea or in the form of the supreme archangel (the governor of God). According to his teachings, the truth of Platonic and Stoic philosophy is, first of all, in Torah. Jewish laws are laws of nature that are important to all people. He considered an individual to be an intellectual being, which is inextricably linked with the body split between lust and disgust. The main task of man is the imitation of the Logos and the liking of God through ecstasy.

Little information concerning his life was preserved in his works and in Antiquities of the Jews, composed by the Jewish historian Flavius Josephus. Philo was a Hellenized Jew born around 20 B.C. in Alexandria, Egypt. Philo was probably born with the name Julius Philo. His ancestors and family were contemporaries to the rule of the Ptolemaic dynasty and the rule of the Seleucid Empire. Although the names of his parents are unknown, Philo came from a family which was noble, honorable and wealthy. His numerous grammatical explanations of Jewish words show his knowledge of the Hebrew language. The elder brother of Alexander was Alabarch. He was raised in Greek philosophy but was not alien to his national literature. He read Tanah (the Bible) in Greek and did not doubt the full conformity of the translation to the Hebrew original. He quoted many epic and dramatic poets and made references to them. He was thoroughly acquainted with the Greek philosophers, who, according to his own admission, were his teachers.

The only event in his life that has been established chronologically is his participation in the embassy sent by Alexandrian Jews to Emperor Caligula in Rome with a request for protection against persecution by the Alexandrian Greeks - in the winter of the 39-40 years of the I century.

As a philosopher, Philo was a supporter of eclectic Platonism, which became widespread in Alexandria. Like other contemporary eclectics, he saw in this teachings the total essence of Greek philosophy, however, like other Jews, recognized the source of Greek wisdom holy Revelation of the Old Testament, which, in his opinion, drew knowledge of ancient philosophers. The most significant works of Philo are essentially commentaries to holy books, which give their interpretation in light of the then popular Greek philosophy. The superstitious truth adapts to human infirmity, wraps itself into an allegorical form; all scripture is an allegory, and the task of the interpreter is to reveal the "spiritual" meaning hidden in this allegory. In this way, Philo is the mediator between philosophy and divine revelation and this is his significance. His belief in the universal wisdom of God's Word, which is evident in his (Philo) exegesis, and his doctrine of the Logos made him the teacher and predecessor of these apologists and theologians, especially the Alexandrian school.