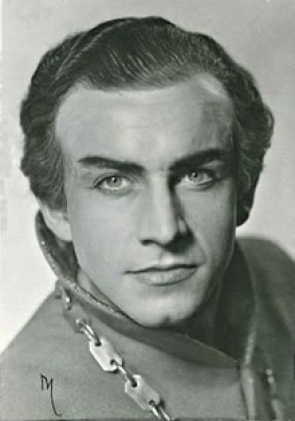 The son of Polonius and a little too loving elder brother of Ophelia, Laertes undergoes an impressive evolution in course of the play. At the beginning, he is just another young courtier, studying (and debauching, for sure) in France. He arrives to Denmark only to attend the coronation of the new king, and promptly leaves for France again, not forgetting to remind his sister to guard her chastity (we can only pity the poor girl, caught between these Scylla and Charybdis of her father and brother). He returns as soon as he learns about his father’s death and, instead of asking any questions (unlike Hamlet) just storms into the king’s palace, leading a mob. His attempts of rebellion are quickly ironed out by diplomatic king Claudius, so now Laertes is completely on his side, eager to avenge the death of his father and his sister’s madness, which he has witnessed himself. The death of Ophelia causes new reasons for upcoming revenge. Her burial is arranged as the one for a suicide, and Laertes is outraged about this. Moreover, when Hamlet shows up at the burial site, him and Laertes both jump into Ophelia’s grave, arguing and later fighting over the critically important matter of who loved her more. This loathsome scene is interrupted by Gertrude and a guard taking two hysterical lads apart.

Laertes is all revenge now. One can only imagine, why Hamlet, being clever as he is, agrees to a fencing competition with Laertes, proposed by Claudius. Before they start the fight, Hamlet publicly asks for forgiveness and Laertes accepts his apologies, so it seems that everything is forgotten and settled. Of course, it is not: prompted by Claudius, Laertes uses a fighting sword instead of a training one. Moreover, the edge is poisoned, so the slightest wound should eventually kill Hamlet. The young prince receives an insignificant wound; later during their fight the swords are exchanged and Laertes is wounded too.

Understanding that his death would follow soon, Laertes gives away the entire plot, so the poisoned steel goes to its true destination.

Laertes in the Essays