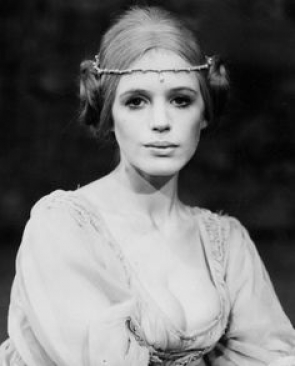 At the beginning of the play, poor Ophelia, the maiden fair, possesses everything necessary to obtain the condition that passed for a happy marriage at that times. She is young, innocent, beautiful and completely obedient. Both Polonius and Laertes warn her not to get into a too intimate relationship with young Hamlet, and for a good reason: Hamlet’s behavior was far from normal even before he met the old king’s ghost. Also, one should note the fact that after the power shift the heredity line can be changed, so young Hamlet might not be a man any girl would like to marry anymore. Ophelia obeys, as a good daughter and sister should, and agrees to stop seeing Hamlet. This does not stop Hamlet from seeing her: in fake fit of insanity he wanders into her room. Later, Ophelia meets Hamlet in accordance with the plan hatched by her father, Polonius. Hamlet, determined to keep his fake madness, tells her a lot about women nature, recommends her to go to a nunnery (i.e., a brothel, not a monastery), and crowns this heap of offensive statements by proclaiming the absence of his love to her. Offended, Ophelia tells Polonius that Hamlet is indeed insane. After that, she mostly keeps her offences to herself, while Hamlet throws openly sexual innuendos during a performance arranged by him.

Critics dispute what could have happened behind the scenes, a possibility of Hamlet and Ophelia having sex, in particular. Whatever happened, the death of Polonius becomes a proverbial straw that broke the camel’s back: Ophelia has a mental breakdown and goes completely insane. Her actions and words have now nothing to do with innocence and purity; in fact, these are the words and songs of a nymphomaniac. Queen Gertrude is deeply and sincerely upset, seeing beautiful Ophelia in such a state. Not long after that, the poor girl accidentally falls into a river and drowns.

Ophelia in the Essays