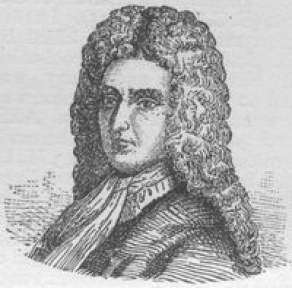 Daniel Defoe (September 13, 1660 – April 24, 1731) is one of the most prolific English writers of all times. Having approximately 200 pen names, he had written hundreds of works on politics, religion, crime, and psychology. The novel that brought this writer worldwide popularity is Robinson Crusoe, a story of a castaway who spent twenty-eight years on the desert island. And it had a huge success – only the Bible was translated more. Even his life deserves to be commemorated in a novel. During his life, Defoe managed to combine his fiction writing with journalism, trade, and intelligence. His original name was Daniel Foe and particle “De” was added for it to sound more aristocratic.

The exact date and place of his birth remain uncertain but the family lived near London. His parents were dissenters from the Presbyterian Church and sent their son to the boarding school run by Reverend James Fisher in Pixham Lane. Having a lot of ambitions and energy, Defoe became a merchant travelling around the world and selling wool, wine, and stockings. He married the daughter of a rich tradesman with whom they had 8 children. He even bought himself a ship but incurred substantial debts. It was a common thing for the merchant to rest in the debtors’ prison. His writing career started from political pamphlets and treatises that usually caused him troubles with authorities.

The most prominent publication was his book - An essay upon projects. This was a series of author’s suggestions concerning possible social and economic improvements in England. However, his harsh words against the ruling monarch got Defoe in jail – chances of him never getting out were really big. He managed to reach an agreement with the English King, William III, and became his secret agent. In 1701 Defoe wrote his most distinguished poem, The True-Born Englishman. This was a satirical work written to defend William III form the xenophobic attacks of his political enemies. The King passed away and Defoe was imprisoned and released after his consent to spy for the Tories.

Called the founding father of the English novel, Defoe started writing fiction when he was in his late fifties. In 1719 he wrote Robinson Crusoe which is often hailed as the first English novel. Already a classic, the story tells about adventures of a young rebellious man who suffered a shipwreck near a desert island. The writer masterfully showed what happens with a person who is separated from the society for decades. Partially, this story is based on the notorious adventure of a Scottish sailor, Alexander Selkirk, who spent four years in solitude on an island. This novel is said to contain autobiographical moments from author’s life.

During the following years, Defoe published a handful of novels - The Family Instructor, A Continuation of the Letters Writ by a Turkish Spy, Memoirs of a Cavalier, A Journal of the Plaque Year, Colonel Jack, and Moll Flanders. The latter one reveals the story of an unmarried woman and her redemption path. The best political book Defoe produced was The Complete English Tradesman published in 1726. It could be called a scientific research – he compared trading systems used by different countries and to prove that the British one was more advanced. Defoe provided a lot of reasoning considering the function of merchants in England as well as their influence on particular political processes.

Daniel Defoe finished his life while on the run from the creditors whom he owed a considerable amount of money. In 1731 the great English writer passed away from the stroke. 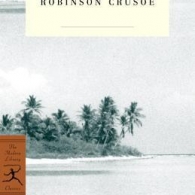 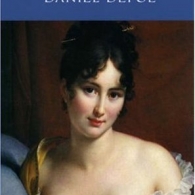