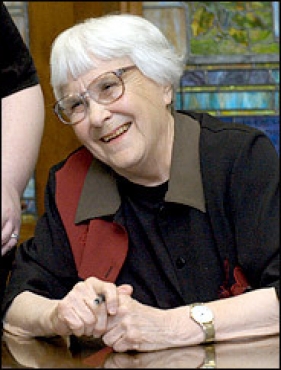 Nelle Harper Lee was born on April 28, 1926, in a small town of Monroeville in the southwestern of the state of Alabama. She was the youngest daughter of Amasa Coleman Lee and Frances Finch Lee. The family had three other children. Her father used to own a newspaper and worked as an editor there. Frances Lee was also a lawyer and a public servant between the years of 1926 and 1938.

Harper started to read from early years. She was only five years old when first exposed to racial inequality. In 1931, in the neighboring town of Scottsboro, a legal case against four young African Americans was initiated because of rape accusations. The defendants were only allowed access to legal aid when the case already went to court. They were subjected to lynching and general public harassment.

This case became known as the Scottsboro Boys case. Despite the fact that medical exam stated that women weren’t raped, the juries, who were composed of 100% white inhabitants, found the defendants guilty of sexual violence. All of them but the youngest boy, who was 13, were sentenced to death. During the next six years, the defendants appealed this decision and all of them but one were released from jail. The Scottsboro case has greatly influenced the writer and served as a background for her novel “To Kill a Mockingbird”.

After graduating from school in 1944 Harper entered a women’s college in Huntingdon and from there continued her studies at the University of Alabama. She studied law, but didn’t obtain a diploma. From the early school years Harper exhibited great interest and talent in writing, she was even a contributor writer to her university’s newspaper.

Her father sent Harper to a summer school at Oxford, but it didn’t evoke in her the love for legal studies that her father had hoped to see. She settled in New York and started working for the Eastern Air Lines. Harper worked for the company until the end of the 1950s and then decided to resign and devote herself solemnly to the writing career.

Harper Lee always led a low life, divided between two homes: a small apartment in New York without hot water and her father’s house in Alabama, where she visited her sick father.

Harper Lee found her literary agent in 1956 when she already has a portfolio of some written stories. In December of that year, she received a card from her friends who were willing to cover one year of her wages so that she can write whatever it is she wants to write.

A year after the draft of “To Kill a Mockingbird” was ready. Working together with J.B. Lippincott Company she finished the book in 1959. She novel was published on July 11, 1960, and became an instant success.

In 1961 “To Kill a Mockingbird” received the Pulitzer Prize and is still considered a bestseller today. In 1999 the book would be called the best novel of the century with some estimated 30 million copies sold. But for now it was simply highly acclaimed by the critics and loved by the readers.

The book is based on Lee’s own observations and experiences in Alabama. Her father once defended African Americans in the case that was clearly fake. Her best friend, Truman Capote, found his reflection in one of the protagonists of the story. Lee, in her turn, was one of the influencers of Capote’s other books, including “Other Voices, Other Rooms”. It is a known fact that after the Mockingbird was published Lee and Capote went to Kansas to collect materials for his psychological novel. It was later published under a title “In Cold Blood” (1966).

After the book was published Lee kept to her low profile life and didn’t appear in the media as often as the public would like. Unfortunately, she also didn’t write anything that would repeat the fame and popularity of “To Kill a Mockingbird”. She was working on a couple of novels, including “The Long Goodbye” and another book about a serial killer from Alabama. The rumor had it she wasn’t satisfied with the writing and stopped pursuing these texts.

“Go Set a Watchman” was published under her name in 2015. It was written in 1950 and for some time was regarded as a possible sequel to the Mockingbird. However, it quickly appeared that this is the original manuscript of the Mockingbird submitted to the publisher. The text then went through a major editing and rewrite to become “To Kill a Mockingbird” we all know today.

During the years that follow, Harper Lee continued to collect high positions, such as being a member of the National Council of Arts, and respected medals, such as the Presidential Medal of Freedom (2007), National Medal of Arts (2010). In 1962 the scenario for the movie “To Kill a Mockingbird” by Horton Foote received Oscar. Harper personally praised his work.

In November 2007 the writer suffered a stroke and had to move into an assisting living facility. She died in 2015 at the age of 89 years old. Her literary heritage consists of two novels: “To Kill a Mocking Bird” (1960) and “Go Set a Watchman” (2015), as well as 5 short essays and letters, among which “Love, in Other Words” (1961), “ Christmas to Me” (1965), “When Children Discover America” (1983), “Romance and High Adventure” (2006) and an a letter to Oprah Winfrey in 2006 in which she wrote that despite the technological developments of notebooks, Internet and smartphones, she still preferred books. 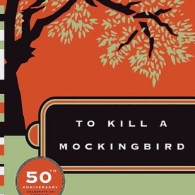 To Kill a Mockingbird

You never really understand a person until you consider things from his point of view... Until you climb inside of his skin and walk around in it.

Until I feared I would lose it, I never loved to read. One does not love breathing.

I wanted you to see what real courage is, instead of getting the idea that courage is a man with a gun in his hand. It's when you know you're licked before you begin, but you begin anyway and see it through no matter what.