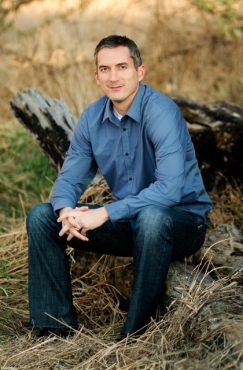 James Dashner was born in the American city Austell, Georgia in 1972, becoming the seventh child in the family. Since childhood, James dreamt of writing. James's parents had an old typewriter on which he first tried to write, but then the hobby did not go on. After graduating from school, James joined the University of Utah, where he received a master's degree in accounting. Before devoting himself to a career as a writer he worked in the field of finance, but in the end, he took up the old passion.

Since 2003 James has regularly written books for children and adolescents in the genre of fantasy. And his most famous novel – "The Maze Runner" opened the eponymous series, written for an adult audience (Young Adult). The series tells the story of a group of teens. It is unclear how and why they found themselves in a strange Labyrinth inhabited by terrifying creatures.

In 2012, the author laid the foundation of the author's circle of "Infinity Ring." Its structure resembles "39 ​​keys" under the auspices of Rick Riordan. Dashner plans a new series of books – The Mortality Doctrine, whose first novel was released in October 2013: this time the author talks about the cyber world.

In the free time of the creative process, James loves reading, watching movies and good TV shows, skiing. All of this can inspire him to work: for example, "The Maze Runner” was written under the strong influence of "The Ender's Game" by Orson Scott Card and William Golding's "Lord of the Flies." Every time James overcomes the creative crisis, he takes a break to watch a movie or read a book. Then ideas just hit the fountain: have time to record.

Currently, James Dashner lives in the Rocky Mountains of Utah with his family and continues to write. According to his confession, the work of the writer is the best work of all, and he is the happiest guy on the planet.

Writing his first work from the Saga Jimmy Fincher series – “A Door in the Woods” the author attempted to find the publisher. Since he did not have the experience of such searches, he merely sent his manuscript to all the publications known to him. Although, similar to every novice author received everywhere a polite refusal. Then he sent the manuscript to three smaller publishing houses, but he got refusing from two of them. But the answer from the third edition has encouraged. It was said that the editor-in-chief had given the book to his eleven-year-old son, and he read it with excitement. It is this child that Dashner James owes his first book, although under the terms of the contract he had to take part of the cost of printing the book.

But the sales of "A Door in the Woods" were not impressive. And then Dashner began to walk around the bookstores and ask the sellers to advise exactly his work. And at first dozens, and then hundreds of books began to be sold. This allowed the author to release the entire series of "Saga Jimmy Fincher" and to engage in the book "The Maze Runner." At the moment, there are already five books in this world-famous series. James Dashner's New "Fever" Code was released in September 2016. In our country, it appeared only at the end of December 2017. Nevertheless, the writer's works are translated into Russian. Confirmation of this was the new book by James Dashner "The Archive of Strange Letters," which opens the series "Thirteenth Reality" for the domestic reader.

In the free time of writing, James loves reading, watching movies and high-quality television shows, skiing. Such a pastime inspires him to work: yes, he wrote "The Maze RUnner" under the strong influence of William Golding's "Lord of Fight" and Orson Scott Card’s "Gay Ender." When James develops a creative crisis again, he is pausing at work - reading books and watching films. After such a "reboot," the writer begins to fountain with new ideas, barely having time to record everything.

Today, James Dashner lives with his family in the Rocky Mountains of Utah, and of course, continues to write. He is convinced that the work of the writer is the best craft, and he is the happiest person on earth. 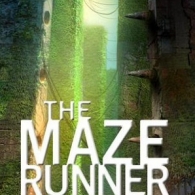