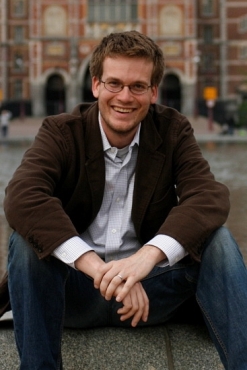 in Indianapolis, The United States

American writer John Green is called the most popular author of the era of online technology. John and his brother created 11 episodes of online educational programs, launched the YouTube channel VlogBrothers, implemented the Awesome online projects and VidCon. But fame as an American writer of novels for young and adults came to him after the release of best-selling adolescents ‘Looking for Alaska,’ ‘The Fault in Our Stars’ and ‘Paper Towns’, which brought him the prizes of Edgar Poe and Michael L. Prince. In 2014, Time Magazine included John Green in the list of the 100 Most Influential People in the World, and the adaptation of the novel ‘The Guilty Stars’ became the leader on the day of the premiere, collecting $ 124,438,000.

John Green was born on August 24, 1977, in Indianapolis (Indiana), the USA in the family of Mike and Sydney Green. Three weeks after the birth of little John, his family moved to Michigan, then to Birmingham and eventually decided to stay in Orlando, Florida. John attended the Highland Preparatory School in Orlando and the Indian Springs School, which later became the main scene in his first book ‘Looking for Alaska.’ After graduation, Green entered Kenyon College, where he studied English and religious studies.

After finishing university, Green was working as a priest in a children's hospital for five months. At that time he applied to the University of Chicago Divinity School, but he never completed his studies there. His experience with children suffering from incurable diseases inspired John to write one of his most famous novels — ‘The Fault in Our Stars.’ Green lived for several months in Chicago, where he worked as an assistant in a publishing house and editor of the publications for ‘Booklist’ magazine. At this time, John writes his first book. He made hundreds of book reviews, mostly novels. He also did the reviews for The New York Times Book Review books and wrote for Chicago radio station WBEZ, as well as for National Public Radio. John spent two years in New York, while his wife Sarah was finishing her studies.

Dutton Children's Books published Green's first novel, ‘Looking for Alaska,’ in 2005. For this book, he received the annual Michael L. Printz Award from the American Library Association. In the same year, Paramount received the rights to make a film based on this book. Josh Schwartz became the scriptwriter and director of it. But five years later, John told his fans that ‘I was hopelessly in love’ with the script for the film, but unfortunately Paramount is not particularly interested in the project. In 2012, the book of John entered the list of Best Seller from the New York Times, as a book for children. Green's second novel, ‘An Abundance of Katherines,’ was nominated for a Printz Award and became a finalist for the Los Angeles Times Book Prize. Together with two young collaborators Maureen Johnson and Lauren Miracle, Green was working on ‘A Cheertastic Christmas Miracle,’ which includes three related stories during a strong blizzard in a small town before the Christmas.

The third novel ‘Paper Towns’ was published on October 16, 2008. New York Times put the book to the 5th place in the Best Seller list. The rights to shoot the film were given to Mandate Pictures and Mr. Mudd. Green was hired to write the script. On April 30, 2009, the novel ‘Paper Towns’ won the Edgar Award as the best novel for teenagers, and in 2010 received the Corine Literature Prize. His fifth book, ‘The Fault in Our Stars,’ was officially announced on June 28 in 2011 and published on January 10, 2012. On his YouTube show, John told me that some parts of the unpublished book ‘The Sequel’ were moved to ‘The Fault in Our Stars.’ The New York Times bestseller list gave Green's book the first place. It became known that the book would be a film Josh Boone, and Shayleen Woodley will play the heroine Hazel Grace Lancaster.

Nowadays, John Green lives with his wife Sarah, his son Henry and his daughter Alice (whose name, by the way, President Barack Obama chose) and the dog Willie in Indianapolis. The writer is a parishioner of the Episcopal Church. He has a gloomy hobby — to collect the dying statements of stars. Five years have passed since the release of the last best-selling Green ‘The Fault in Our Stars.’ In October 2017, Green’s last book, Turtles in Descending Order, was published. Now the faithful readers of the American writer have plunged into reading and are looking forward to new creations. 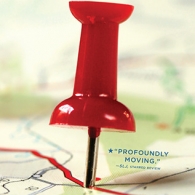 The only way out of the labyrinth of suffering is to forgive.

Thomas Edison's last words were "It's very beautiful over there". I don't know where there is, but I believe it's somewhere, and I hope it's beautiful.

So I walked back to my room and collapsed on the bottom bunk, thinking that if people were rain, I was drizzle and she was a hurricane.