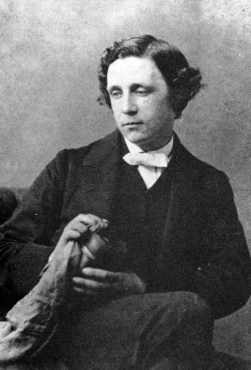 Lewis Carroll was born in the village of Daresbury in the English county of Cheshire on January 27, 1832. His father was a parish priest, he also engaged in the education of Lewis, in addition to his other children. In total, the Carroll family had four boys and seven girls. He showed himself to as a clever and intelligent student.

Carroll was left-handed, which in the nineteenth century was perceived by religious people not as calmly as now. The boy was forbidden to write with his left hand and forced him to use the right one, which caused psychological trauma and led to a slight stammering. Some researchers claim that Lewis Carroll is autistic, but there are no exact facts about this.

At the age of 12, Lewis began to study at a private grammar school near Richmond. He liked teachers and classmates, as well as the atmosphere that prevailed in a small school. However, in 1845 the boy was transferred to Rugby's fashionable public school, where great importance was attached to physical training of boys and the inculcation of Christian values.

This school for young Carroll liked much less, but he had studied well for four years and even demonstrated good abilities in theology and mathematics.

In 1850, a young man entered Christ Church College at Oxford University. In general, he did not study very well, but still showed outstanding mathematical abilities. A few years later Lewis received the title of bachelor and then began to read at Christ Church his own lectures on mathematics. He was engaged in this more than two and a half decades: the work of the lecturer brought Carroll a good salary, although he found it very boring.

Since educational institutions in those days were closely interrelated with religious organizations, having taken up the post of lecturer, Lewis was obliged to accept the order. In order not to work in the parish, he agreed to accept the deacon's rank by refusing the authority of the priest. While studying in college, Carroll began writing short stories and poetry, and then he came up with this assumed name (in fact, the real name of the writer is Charles Lutwidge Dodgson).

He began his writing career while studying in college. He wrote poems and short stories, sending them to various magazines under the pseudonym Lewis Carroll. Since 1854, his work began to appear in serious English editions: The Comic Times, The Train.

In 1856, the writer acquainted with the new dean, whose name was Henry Liddell. He moved with his family. He had five children, and his four-year-old daughter was Alisa.

In 1864 he wrote the famous work "Alice in Wonderland", which was formed from the stories he told the children of Liddell on joint walks.

He also published many scientific works on mathematics under his own name, but he did not create anything radically new.

Charles drew a lot, using coal and a pencil for this purpose. He produced whole magazines for his younger brothers and sisters. Once the professor sent his pictures to the humorous section of the Times, but they did not interest the editor.

This failure gave birth to his fascination with photography, opening a new page in the biography of Lewis Carroll. In the field of this activity he was waiting for success, and still, this gifted person is considered one of the best nonprofessional photographers of the XIX century. In one of the English publishing houses, in 1950, a book was published, "Lewis Carroll is an artist", which tells about the activities of this talented writer and scientist. Six years later in many countries, there was an exhibition of photographs called "The Human Rod", which also contained Carroll's works. 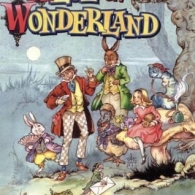 Alice in Wonderland
Through The Looking Glass

It’s no use going back to yesterday, because I was a different person then.

Why, sometimes I've believed as many as six impossible things before breakfast.