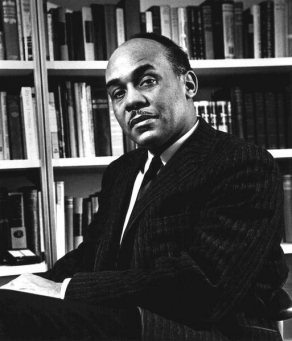 Do you know that Ralph Ellison (1913-1994) was an American critic and novelist? He made a significant impact on the developing of American literature. The most famous book that made him a well-known author is Invisible Man.

He was the second child and had two brothers, the older of which died in early childhood. His father had his own small business and was a construction foreman. He was in love with literature and had a dream that his son would once become a poet. Unfortunately, in 1916 he died after an operation.

A few years later, Ellison’s family moved to Indiana. However, his mother could not find the job there, and they decided to return to Oklahoma. The boy started working as a busboy in this city. Then he experienced a job of a shoeshine boy, a dentist's assistant, and a hotel waiter. Ellison was studying at Douglass High School and in his free time playing in the football team. He also took some music lessons, learning how to play the trumpet.

In 1933 he was admitted in Tuskegee Institute as they have the lack of trumpet player in their orchestra. He studied music and worked as a desk clerk in the library. However, in 1936 Ellison decided to leave Tuskegee Institute not receiving his degree.

After leaving the Institute, Ellison moved in New York as he wanted to study photography and sculpture. In this city, Ellison met influential people such as Romare Bearden and Richard Wright. The Wright was an author and Ellison completed a book review for him. After that, he was encouraged by Wright to make a career writing fiction. Ellison published his first story with the title “Hymie's Bull.” After that, he completed more than 20 book reviews, articles, and short stories that were published in magazines.

Ellison, as well as Wright, was associated with the Communist party but after World War II, they disappointed in it. During the war, Ellison was serving in the Merchant Marine service. The author continued writing the book review to earn some money but spent most of his time working on his novel “Invisible Man.” The novel was successfully published in 1952. It discovered the theme of a person’s search for his identity and his place in the world. The story is telling by the Afro-American whose name is unknown.

The writer touches the theme of racism and is wondering about the place of man in the society. The Invisible Man is not actually invisible by his fault; the problem is that everybody refuses to notice him. In 1953 this novel won the National Book Award.

After having published his collection of essays Shadow and Act in 1964, Ellison started working as a teacher at Yale University and Rutgers University. The following year was crucial for the writer as his novel Invisible Man was named to be the most significant novel in the world after World War II.

The author was working on his second novel, struggling to make it perfect but the fire at his house damaged a significant part of this. Ellison had written about two hundred pages of this novel but never finished it. The author died suffering from cancer, and he was at the age of 81 when his life came to the end.

Ellison received the list awards being recognized as a proficient writer and novelist. He was awarded two President’s Medals, France State Medal, and lots of others. He was admitted to the Century Association, being the first Afro-American in this role. 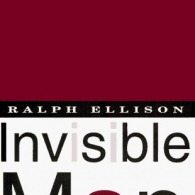