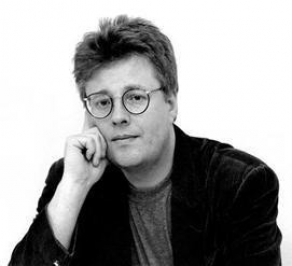 Stieg Larsson is a Swedish writer and journalist known primarily for his award-winning Girl With a Dragon Tattoo Series. Contrary to what one may think, Larsson is not only a talented author of well-known detective novels. In addition to his prominent writing skills, he was a socialist activist who fought sexism, racism, and social justice during all his life.

Larsson was born on 15 August 1954 in Skelleftehamn, the northernmost part of Sweden. When Larsson was only 1, his parents were forced to move to Stockholm to seek better job opportunities. It was difficult for them to allow a proper apartment to make sure that their son lives in appropriate conditions. Hence, they had no other choices but to send small Larsson to live with his grandparents in Norrland. The parents regularly visited their son at Christmas and Eastern.

From the early childhood, Larsson was interested in writing. In fact, he completed his first novel when he was only 12. When his father saw son’s written manuscript, he was actually surprised with his incredible talent. Hence, he bought for son a typewriter to encourage his innate talents.

Writing is not only one of Larsson's area of interests. When he was a teenager, he became involved in politics and international affairs. In some time, he became a dedicated supporter of the local Socialists. In 1972, he met Eva Gabrielsson, the 18-year-old woman who shared with him a lot of common interests. Gabrielsson became for Larsson a source of inspiration. Besides, he published in collaboration with her several science-fiction fanzines. However, like many other Swedish couples, Larsson and Gabrielsson never married and had no children.

Another point of his biography that tells us about Larsson’s unique character is that he supported feminism and was never afraid to express his points of view openly. The reason for that is that when he was a teenager, Larsson became a witness of how a young girl was raped by a group of his friends. That moment of his life encouraged him to combat the issues of sexual violence against females. This fight he continued till the last days of his life.

As a matter of course, all his life Stieg Larsson had a passion for coffee, cigarettes, and junk food. He died very early at the age of 50 of a heart attack. He died almost immediately after he sold a publisher the series of crime novels known widely as The Millennium Trilogy.

Considering that Stieg died of a heart attack in 2004, his Millennium Series  has published already posthumously: The Girl with the Dragon Tattoo (2005), The Girl Who Played with Fire (2006), and The Girl Who Kicked the Hornets’ Nest (2007). It is interesting to mention that originally the novel was called The Men Who Hate Women. The trilogy inspired a global cult around Stieg. Even these days, Stieg remains the first writer whose e-books sale was more than one million counts on Amazon.com. The primary reason for such a big success is that these books have a strong feminist tone. The whole trilogy demonstrates what may happen to women who have no idea of where their place is and who refuse to live by the patriarchal norms of society. Although Stieg himself could not see the great success of these novels, the series continues to lead the bestseller charts around the world.

Larsson died unmarried and interstate. He was never thinking about money or conveniences. His death became a big pain for Larsson's friends, coworkers, and family members. His name has entered the tragic list of great talents who died too early. In the memories of those who remembered Larsson, he was always like a literary character. The friends always saw him in a big glasses, with a velvet jacket. He endlessly smoked a cigarette with a strong black coffee. It was impossible to meet him in the office by noon. However, once he came there, he worked till the dawn. If he was alive when his trilogy brought him such a big success, the fame and money could not influence his personality. What he truly loved was he did, and everyone should learn from him about how to enjoy a simple life. 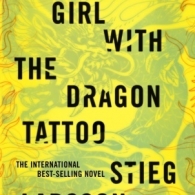 The Girl with the Dragon Tattoo

What she had realized was that love was that moment when your heart was about to burst.

Friendship- my definition- is built on two things. Respect and trust. Both elements have to be there. And it has to be mutual. You can have respect for someone, but if you don't have trust, the friendship will crumble.

Everyone has secrets. It's just a matter of finding out what they are.