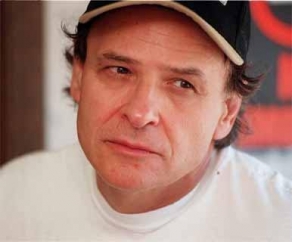 Tim O'Brien is an American writer who writes about the US war in Vietnam and its influence on soldiers. Tim O'Brien was born in Austin, Minnesota, on October 1, 1946. When Tim was twelve years old, the family moved to Worthington. Impressions of this city had a great influence on O'Brien's imagination and contributed to his becoming a writer. In Worthington, there are the events in the novel "The Things They Carried," and several short stories.

He studied at the McAlester College, where he received a bachelor's degree in political science, and in 1968 he became president of the student council.
In the same year, O'Brien was drafted into the US Army and sent to Vietnam, where he served from 1968 to 1970. Memories and events of that time left a mark on the future work of Tim.

Upon graduation, O'Brien attended Harvard University and received an internship in the Washington Post. His writing career began in 1973 with the release of military memoirs "If I Die in a Combat Zone, Box Me Up and Ship Me Home."

Tim O'Brien writes and lives in central Texas, where he grows sons and teaches at the Texas State University of San Marcos.

1969 served in the US forces. He was a member of the military operations in Vietnam (the 23rd Infantry Division, took part in the massacre in Songmi). He spent only a year on this war – the most terrible year of his life, which, according to the writer's own admission, left an unhealed wound in his heart. Later, when the pain of the horror experienced began to subside, he began to write about this war - as only one can write who, under bombardment, squeezed into the ground, smelled of gunpowder and blood, lost friends, killed and saw what no one should see and never. Perhaps, that is why his stories, striking in their frankness, make such a deafening impression on the reader.

After the service, he entered Harvard University. The author of the article for The Washington Post, The New Yorker, Esquire, Harper's, The Atlantic, Playboy, Plowshares.

He currently lives with his wife and children in the city of Austin, pcs. Texas.

O'Brien wrote the Northern Lights (1975), Going After Cacciato (1978), who won the National Book Award in 1979 in Lake Woods (1994), Kota in Love (1998), and July, July (2000). They are all based in part on his experience of war, but most of them are novels, not memoirs. The things they carry, published in 1990, stretch both categories. This is not quite classified as fiction, not as non-fiction, not quite a novel, nor a collection of short stories. In work itself, O'Brien draws a distinction between the "story of truth" and "Happening Truth". He defines the latter as events since they actually happened and are former as events, as they occur in history. O'Brien argues that the latter is more powerful.

How is Tim O'Brien shown in his story? There seems to be both O'Brien the author and O'Brien as the narrator in the Things that they carry. Both fought in Vietnam; both are enraged by the ignorance of their native cities. And they went to war because they were ashamed not to do it. And, looking back at the events, find yourself naive and even ignorant. But, as the author has made it clear, two are not the same thing.

Critics often compare this personal element in O'Brien's work to the intensely subjective activities of military writers, like Michael Herr. Mr. O'Brien is also indebted to journalism-like-new approach to writers like Norman Mailer and Tom Wolfe and even Truman Capote. The essay was written about the structure of the various works of O'Brien, but in the end, it is their strong characterization, emotional content, and the influence that the war in Vietnam was in America as a whole, which gives his work his influence.

The Things They Carried

But the thing about remembering is that you don't forget.