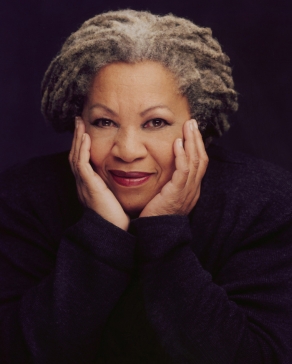 Toni Morrison is a famous American prose writer, Editor-in-Chief, Nobel Prize Winner of Literature, also well-known as the conscience of America. She was born in February 18, 1931, in Lorraine, Ohio. In adolescence she adopted Catholicism, and with it, the name Anthony - the abbreviation of "Tony" became her pseudonym. Real and fictitious names, "comfortable" and "uncomfortable" (poorly remembered by the white masters of slaves) - will remain one of the central themes of the writer's work. The girl was the second of four children. Her father worked as a welder, and in his spare time, he liked to tell his children stories from the life of black Americans, which later were reflected in the writer's books. From the very childhood, the girl loved to read books. Jane Austen and Leo Tolstoy were her favourite authors.

After graduating from school in 1949, Chloe arrives at Howard University with a degree in English and Literature. Before university, Tony perceived her parents' stories about the South, where the family left from segregation, as well as African American folklore - as stories from another world.

After she received a bachelor's degree, in 1954, she became a master and graduated from Cornell University. The suicide from the novels of Faulkner and Virginia Woolf was the topic of her master's work. Then she got a job teaching English at the University of South Texas, but after two years she went back to work at the University of Oliver Howard, where she fell in love and married with an architect from Jamaica Harold Morrison. Toni and Harold gave birth to two boys. But after a short marriage, they divorced. Since 1964, the woman has worked in New York as an assistant editor in one of the world's largest publishing houses «Random House». During the next three years, Tony became a senior editor.

She worked under the books of famous African-Americans while simultaneously sending to the publishers her first novel “The Bluest Eye”, 1970. The novel shows the tragic impact of interracial prejudices against a young black woman dreaming of the blue eyes. A novel published in 1970 was ardently criticized. Throughout 1971-1972, she proceeded to work for Random House and simultaneously taught English at the University of New York as an assistant professor. In 1972 she published the novel "Sula", in which it was told about the hard life of Negro women. The novel was included in the list of bestsellers selected by the "Books of the Month" club, in 1973 was nominated for the National Book Award of the United States, excerpts from it were printed by the magazine "Redbook". In three years the writer was invited as a lecturer at Yale University, and simultaneously she starts to work on the novel "Song of Solomon".

The novel brought to the writer truly all-American fame. He also received several prestigious literary awards, in particular, the National Association of Literary Critics, as well as the American Academy of Arts and Letters. Folklore traditions and magical realism rise in the novel "Tar Baby", the name of which is borrowed from the folklore of American Negroes, from the tale about Brer Rabbit and the Tar-Baby. In 1983, Morrison left the work in the publishing house and became a professor at Albert Schweitzer's chair at the University of New York in Albany. Published in 1987 the novel "Beloved" was in 1988 Pulitzer Prize, and then the Nobel Prize in Literature. Returning to the theme of slavery, the writer shows his disastrous effect on maternal feelings. The book was recognized as the best work of Morrison. The novel "Beloved" became her first bestseller and was included in the list of 100 best novels in English, released from 1923 to 2005, compiled by Time magazine.

In 1989, Morrison was invited to the department of Robert F. Goen at Princeton University. After "Beloved" Morrison wrote four more novels, published a book of literary studies, as well as several books for children.

Morrison won many awards, including medals of the National Book Fund for outstanding contributions to American literature (1996). She is a member of the American Academy and the Institute of Arts and Literature, a member of the American Academy of Humanitarian and Exact Sciences. Tony Morrison also is a laureate of the Medal of Freedom, the highest US award awarded to civilians. On May 29, 2012, the solemn ceremony of awarding the Medal of Freedom took place.

To date, Morrison is actively involved in the feminist movement and speaks at Negro congresses. 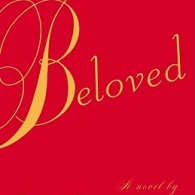 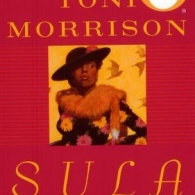 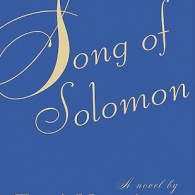 Freeing yourself was one thing, claiming ownership of that freed self was another.

Love is or it ain't. Thin love ain't love at all.

She is a friend of my mind. She gather me, man. The pieces I am, she gather them and give them back to me in all the right order.