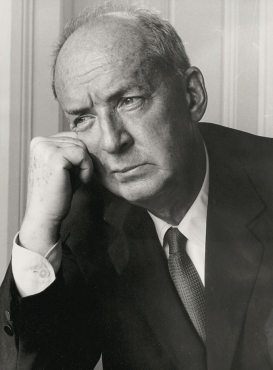 Nabokov as the Russian and American writer, poet, translator, literary critic, and entomologist

He liked to emphasize that he was born "on the same day as Shakespeare and a hundred years after Pushkin, "mentioning the names and symbols of two great kinds of literature to which he equally belongs. He is famous in Russia as Vladimir Sirin, whose literary existence also ceased a hundred years after Pushkin, in 1937, when he began to publish his last novel “The Gift”. In America, he became famous as Vladimir Nabokov, writing in English and even outwardly very different from Sirin.

Butterflies and chess became symbols of his work. He loved to seek out patterns of fate, secret symmetry in his own biography. That’s why the Russian and the English half of his work are symmetrical to each other like two wings of a butterfly. His eight Russian and eight English novels are like cells on a chessboard — eight horizontally, eight vertically. In order not to violate the purity of symmetry, fate did not give to finish the ninth novel in Russian called "Solus Rex" and the ninth in English, "Original by Laura".

Vladimir Nabokov was born on April 10 (22), 1899 in the aristocratic family of the famous Russian politician Vladimir Dmitrievich Nabokov. Nabokov were a noble and rich family. Many of his representatives reached serious social heights, for example, the future grandfather of the writer Dmitry Nikolaevich Nabokov was Minister of Justice, one of the authors of the judicial reform of 1864.

According to his own words, he learned to read English before Russian. The first years of Nabokov’s life were spent in comfort and prosperity in the house of Nabokov on Bolshaya Morskaya in St. Petersburg and in their country estate Batovo (near Gatchina).

A literary biography of Nabokov

The literary biography of Nabokov is unique in its own way. He had to prove his talent twice: for the first time in exile, conquering his “place under the sun” of the new Russian prose, and the second time in America, trying to capture his name in the history of English-language literature.

His maternal uncle Nabokov died in 1916. Young Vladimir unexpectedly became a wealthy heir. A large sum of money went to his hands. In the same year, he personally published his first book, consisting entirely of his own poems. As it turned out later, it was the first and only edition of the works of the Russian writer and poet.

Life in the USA

In 1933 the National Socialists came to power in Germany, and they were led by Adolf Hitler. The anti-Semitic company immediately developed, as a result of which Vera Slonim, Nabokov's wife, was expelled from her work. The family was forced to leave Berlin and fly to America.

But in the new place, the “fugitives” were waiting for new problems: the conquest of America and the reputation of a serious writer. From that moment he “left the Russian syllable” and switched exclusively to English. The exceptions were the autobiographical work “Other Shores” and translated from English into the scandalous Russian novel “Lolita”. The last novel brought the worldwide author fame and cherished material well-being.

In 1960, the famous writer moved to Switzerland. There he lived and worked until the end of his days. As far as you can see, Vladimir Nabokov was a wonderful writer, poet, translator, and gifted entomologist, who discovered several new species of butterflies. 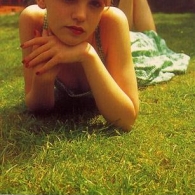 And the rest is rust and stardust.

I haven't missed you. In fact, I've been revoltingly unfaithful to you. But it doesn't matter a bit, because you've stopped caring anyway.

I was a daisy fresh girl and look what you've done to me.