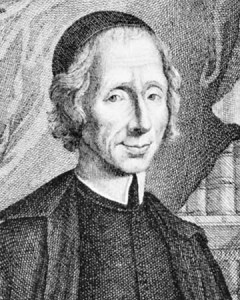 French philosopher. His philosophical ideas brought him a contemporary esteem second only to that of Descartes, many of whose views he shared. Dismissing the information provided by the senses as confused, Malebranche taught that truth could only be apprehended through what he termed ‘clear ideas’ and that the seat of such ‘clear ideas’ (though not in a vocational sense) was God. He denied that there was a direct causal relation between mind and matter.

Sensation on the one hand, and the physical activity that follows an act of willing on the other, he explained as occasional acts of God in creating new mental images to correspond with items in the physical order or in creating new physical conditions to correspond with a mental picture. His De la Recherche de la vérité (1674) contains the best exposition of his philosophy. Apart from philosophy Malebranche was well known as a physicist, especially for his work in optics.