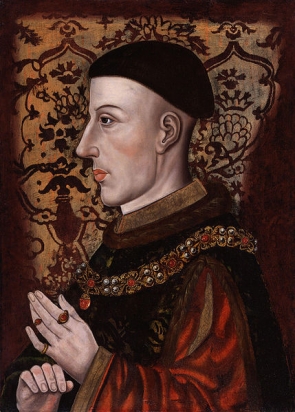 Henry V represents a brilliant warlord and skilled king. Shakespeare tries to emphasize his virtues in every act of the play. Based on the remarks of religious leaders, it can be concluded that Henry’s transformation is a blessing of heaven. In the old days, the monarch repaired outrages participated in high-profile banquets and listened to advise from rude and short-sighted personalities.

Henry is distinguished by composure and selective rigor, especially when dealing with public affairs. The ruler comprehends his obligations to the people and takes the heavy burden of hatred from those who disagree. With unprecedented fearlessness, he decided to lead a tiny military detachment to meet a large army, relying on his experience and lucky.

Nevertheless, the monarch is far from perfect, because it is not enough for him to be the leader of all England. The hero throws his eyes on the territory of France not so much for the sake of expanding his own possessions but for the greatness and memory of descendants. He is ready to declare war on another nation, despite future suffering and loss. The protagonist is deeply religious, as his monologues prove. He appears as the hand of God in the French question, confident of his victory.

Hoping to inspire the soldiers, Henry delivers a grandiose speech that aids mobilize in desperate situations. His figure in the plot is ambiguous since he thinks only of unfading glory, forgetting about the innocent victims and the disabled of military operations. The king impresses with his objectivity and cruel rationality, sacrificing persons for the sake of the country.

Henry gathers around him the fraternity of the elect, ready to die for the sake of the ruler. He calls them happy because they fight together and are guided by fraternal bonds. The highest honor for the soldier is honest service and the execution of the oath. Henry turned this principle into a call that is repeated in his numerous speeches.

Henry V of England in the Essays

Education Systems of Vietnam and England
Religious reforms by Martin Luther and King Henry VIII
"The Virginia Convention" by Patrick Henry
Why is King Henry VIII so important to the Renaissance?
Henry VIII broke from Rome because he wanted to increase his personal power
Henry VII and Retaining
Andrew Carnegie vs. Henry George
Distinctively Visual - Henry Lawson
Patrick Henry Vs Martin Luther King Jr.
Phillip II and The Armada in History of England