Order Essay
The Catcher in the Rye by J.D. Salinger 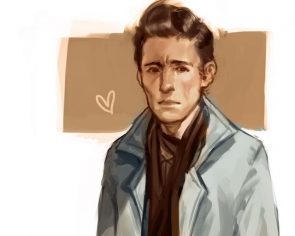 A minor personage in the story, combining muscularity and stupidity. He is handsome and proud of his athletic build. He is distinguished by the desire for frequent sexual relations because the hero perceives sex as a tool for the formation of own personality.

His dating technique resembles coercion. He perceives women as a means of satisfying own aspirations and whims, even without regard to the opinion of his partner. The hero likes to tell in details about intimate meetings in the car and shares them with friends. One of his few comrades, Holden, does not stand up to such revelations and is starting a fight with him, trying to teach some restraint.

Stradlater completely absorbed in sports, giving training a large amount of time. He is aware of all the dangers of the outside world, so he is not attached to persons. The guy shows aloofness and decides on rapprochement only for the sake of physiological needs. His voluntary isolation shelters him from disappointment and lies.

The personage is arrogant that his neighbors take notice, but he does not refuse to aid anyone. Stradlater does not impose his opinion on others, respecting personal space. His weakness is a mirror in front of which he spends his leisure. The principal admires his muscles as he realizes that his body is the result of tremendous work, which not every person can invest. That is why the man prefers to walk in a towel around a hostel, demonstrating his delicious torso.

Stradlater is sincere in his narcissism, which bribes Holden. He does not deny his greatness, preferring straightness instead of falsehood. But his friends are amazed at the ability to impersonate another individual. If girls seem him pretty and sexy, then only a few realize dirty laundry and untidy room. He personifies passionate instincts that turn the head and imagination. Driven by hormones, Stradlater does not stop in front of obstacles to conquering another girlfriend.

Stradlater in the Essays