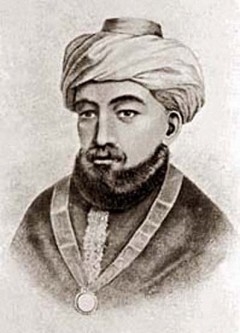 Jewish philosopher, jurist and physician, born in Córdoba, Spain. The fundamentalist Almohads seized power in Córdoba in 1148 and in 1159 Maimonides and his family moved to Fez, Morocco, then in 1165 to Palestine. He received orthodox Jewish training, and in addition studied philosophy and law. In 1166 he settled in Egypt, where he became head of the Jewish community and physician to Saladin.

A polymath, he wrote works of popular Jewish religious devotion, a major codification of the Jewish law, a philosophicalreligious work, called The Guide for the Perplexed and a number of medical works. He is the leading exponent of the school of Jewish Aristotelianism. Like Aristotle, Maimonides asserts the rationality of God, and man’s duty through the use of his reason to comprehend the Divine Mind. But Maimonides also emphasised the limits of human reason, which was unable to know the Divine attributes directly and positively.

This secured a place for faith, and for positive revelation, both of which played central roles in Maimonides’ beliefs. This religious vision informed his scientific studies. He did not believe that science had achieved certain knowledge of nature. As a physician, Maimonides was a close follower of Galen, though he accused Galen of ignorance in theological matters. Maimonides’ writings became canonical for Jewish philosophy for the next few centuries, and also exercised considerable influence over Thomas Aquinas and other Scholastics.