In the history of the literature of the twentieth century, there are few novels as important as the book that George Orwell wrote. "1984" is an anti-utopia, telling about a society of the future, which lives under the yoke of totalitarian power.

The Origins of the Novel 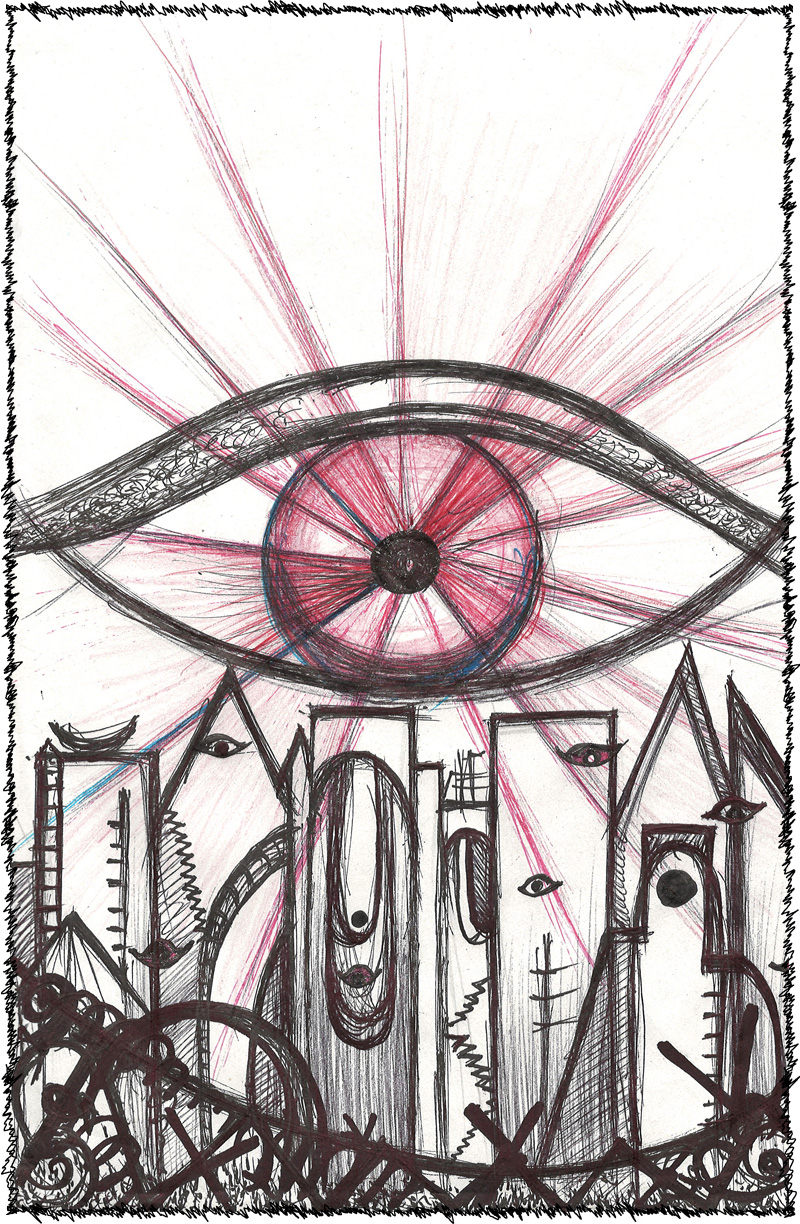 The writer finished work on his main book in 1948. The title of the novel is a hidden reference to the date of its creation (the last two digits change places). The novel was written in the first post-war years when all of Europe experienced the horrors of Nazism and the Holocaust. Undoubtedly, these tragic events influenced Orwell's world-view and were reflected in his work. First of all, the writer continued to develop those ideas, which he laid down on the basis of his other famous story “Animal Farm” written earlier. Also, the author himself acknowledged the great influence of the novel "We" by the Russian writer Yevgeny Zamyatin. This book was one of the first samples of a new genre of anti-utopia, which became popular against the background of terrible events of the 20th century.

After the Second World War, a civil war broke out in the UK. The weakening of the country led to the fact that it was absorbed by a new superpower - Oceania. The author notes a number of changes that have occurred on the political map of the world. The inhabitants of Oceania are subject to the ideology of a certain Party, which is represented by the Big Brother. But not all citizens of the superpower agree with the existing regime. Winston Smith, working in the Ministry of Truth, is dissatisfied with the surrounding reality. At the same time, he perfectly understands that he can not share his doubts with anyone. He begins to keep a personal diary in which the main character sets out his thoughts. The maintenance of such a diary is no less dangerous than a public statement of doubts about the activities of the Party. Suddenly, Smith notices that his colleague Julia is following him. Winston fears that Julia suspected something and could reveal Smith's "crime." However, after a while, the girl sends him a love note, after which Julia and Winston begin to meet secretly. Smith believes that sooner or later their meetings will end badly. Illegal relations between men and women are strictly prohibited in the territory of Oceania.

Smith and Julia go to a high-ranking official O'Brien. Winston was sure that O'Brien belongs to the underground Brotherhood. The lovers want the official to accept them into this Brotherhood. After a while, Winston and Julia are arrested in a room that they rented for their secret meetings. Smith realized that he was mistaken in O'Brien. Winston is brought to the Ministry of Love, where he is subjected to mental and physical torture. He is forced to renounce himself and his love. The executioners managed to "heal" Winston from revolutionary moods. First, the main character thinks that he abandoned himself and Julia only because of fear of further torture. But, having already been at large, Smith understands that all this time was wrong, that now he has taken the right path and does not like anyone except the Big Brother and the Party.

Characteristics of the Characters

The main hero of the novel is a 39-year-old man, Winston Smith. He was born in London in the mid-1940s. He began his labor activity in the Ministry of Truth. It was Winston's duty to make the necessary changes to the documents if they contained facts that contradicted party ideology. Smith is forced to pretend that he fully supports all the ideas of the party. In fact, he is far from party ideology and hates it with all his heart. The protagonist was named after Winston Churchill. The leader of the Conservative Party did not arouse the sympathy of the author of the novel, and Churchill's political views were hostile to Orwell.

O'Brien is an antagonist of Smith. The author describes him as a tall, dense man with a mocking and at the same time rude face. Despite his antipathy towards the hero, the author notes that O'Brien is intelligent and charming in his own way. Unconventional appearance is poorly combined with a subtle mind and graceful manners. Smith suspects O'Brien that he is a member of the underground Brotherhood. He does not know that he is dealing with an officer of Police of Thoughts.

26-year-old Julia works in the Ministry of Truth. She is quite a pretty girl with brown eyes, chestnut hair and a thin waist. Julia is in love with Smith. Nevertheless, like Winston, she has to pretend, depicting the Party's devotion. Despite her young age, the girl is not afraid to live a double life, breaking party laws.

The most erudite readers will notice the similarities of the novel "1984" with the novel "We" by Zamyatin. In both works, a totalitarian society is represented. The life of an ordinary citizen is so taken under state control that even the walls of the houses were made transparent ("We"). In the novel "1984" people are also under constant surveillance. The head of state is the Benefactor ("We") or Big Brother ("1984"). In both novels, certain prohibitions on privacy are imposed. Illegal relations are severely punished.

However, there is no evidence that Orwell deliberately borrowed the idea of the novel "We." English critic I. Deutscher in the mid-50s accused Orwell of plagiarism. Nevertheless, some researchers argue that the author of 1984 read Zamyatin's novel after writing his book. For this reason, it is most likely that the author's accusations of plagiarism are unfair. At the beginning of the 20th century, a new state, the USSR appeared on the world map. Such an event could not go unnoticed in art. Someone believed that at last a way was found to build a just society in which neither the poor nor the rich will be. Others, on the contrary, regarded the new state as totalitarian. Universal equality was perceived as depersonalization. Thus, similar ideas could really occur at different times among different writers.

Neologisms in the Novel

In his work, the author uses neologisms, which mean new concepts for the reader, characteristic of the society in which the main characters live.

The inhabitants of Oceania speak a new language. It is a language in the formation of which the Party participates. It is regularly updated by removing from it the dominant alien ideology of words and the appearance of new abbreviations. The authorities of Oceania believe that everything that can not be expressed in words is impossible to think or do. Therefore, excluding such a dangerous word as "revolution" from the language, revolutionary actions can be avoided. In addition, when words in the language are few or they are greatly reduced, the desire to think about it arises less often.

The Party extends the so-called doublethink in the territory of Oceania, which can be defined as an unconditional belief in the simultaneous coexistence of two exclusive concepts. Doublethink calls the war a peace (while the war is going on, development continues), and freedom explains as slavery (since freedom imposes a huge amount of obligations on a person).

The Meaning of the Novel

The finale showed what Orwell wanted to portray so much. "1984" is a novel about how a repressive machine of a totalitarian state can destroy any person. Even Smith, who struggled against tyranny, finally gave up. First he was destroyed physically. Then he lost his convictions.

An unhappy ending made the novel cult. It instantly became a bestseller. Up until this point, no such book has been published in the world. Previous novels in the genre of anti-utopia could not boast of such a thoroughly worked out and described art world, which was invented by Orwell. However, as already mentioned above, the English writer did not need to invent anything. In fact, he only logically developed all those phenomena that gave birth to Nazism and other totalitarian regimes of the first half of the 20th century. The success of the novel is also explained by the multitude of metaphors that have migrated to all the languages of the world. Orwell became the author of the famous formula "twice two equals five," which described the principle of the false propaganda, as well as the image of the Big Brother. References to "1984" are important components of modern Western mass culture.