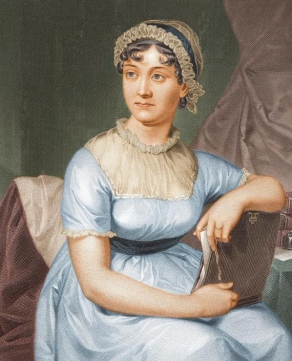 Jane Austen is a British writer, who is often referred to as the woman who has shaped the way modern novels look like. She was the one to introduce ordinary life of regular people into her books. Despite the fact that Austen works were widely read and positively acclaimed during her lifetime, the author still published them anonymously signed “By a Lady” due to sensitive nature of the events she portrayed in her novels.

Jane Austen wrote 6 major works that all focus on the role of women in the society and their dependence on men. She herself was never married, she never had her own house or let alone room, but her social life was intense and she was full of romantic dreams. During her lifetime she knew many men, especially the middle-class landlords, with whom she shared the passion for literature and irony. Jane Austen would later depict many of these men in great details in her texts.

Jane Austen was born on December 16, 1775, in a small town called Steventon where her father was a rector at the Anglican church. She was the 7th child and a second daughter in the family. Most of her childhood and adolescence years Jane spent in Hampshire. Despite the fact that her family didn't have that much money for schooling, Jane and her sister attended Oxford. In a little over a year, she had to go home due to sickness. Most of her education Austen received at home. Despite being home educated, Jane still received a far better set of knowledge and skills than other females of her time.

It was thanks to the home education that Jane received from her father that the girl developed a good taste for literature and grew to love reading classics. Jane started writing at the age of 14 years old, mostly letters on small pieces of paper where she described the events and people she saw around her. The family moved to Bath when she was 25 years old, and for some time Jane stopped writing due to homesickness missing her friends back in Steventon.

George Austen, Jane’s father, actively promoted his daughter’s writing hobby, buying her paper and a writing desk. He even tried to find her a publisher. After his death in 1805, Jane was left to live with her sister Cassandra and their mother in a quite difficult financial situation. From this time the three ladies kept moving around visiting their brothers' families and staying with them for a while. The brothers also agreed to put aside a certain annual allowance to help their sisters and the mother. Jane experienced herself what it felt like to depend on a man for her living.

Jane Austen’s novels are mostly centered on provincial life and morals of the British of her times. The psychological aspects are always especially accentuated. At the same time, the author devotes almost no time to the appearance of her characters, their clothing or the decoration of their houses. The reader will have a hard time finding landscape descriptions there but will have enough of dialogues to read through. It is hard to imagine that the silent passions of the feelings described in these books were written during times of Napoleonic wars and African colonization conquers.

The writing style of the author is simple and clear. She avoided complex sentences, multiple meanings, and overly poetic language. Jane would spend hours editing her texts trying to achieve a very laconic concision. Her signature style is a fine irony that penetrates each line of the texts. Sometimes this irony reaches a form of grotesque in the portraits of snobs, hypocrites, and loafers depicted in the novels.

Jane’s writing can be logically divided into two periods. The earlier period begins at the end of the 1790s and comprises such works as “Northanger Abbey” (published in 1818, completed by the author in 1803) – it is a parody on the Gothic novels so popular at that time. The earlier period of Austen’s writing style also often refers to the first version of “Sense and Sensibility” (1811) and “Pride and Prejudice” (1813). The author then heavily reworked the latter two novels. The later period of Jane Austen writing comprises of three later novels: “Emma” (1815), “Mansfield Park” (1814) and “Persuasion” (1817).

“Sense and Sensibility” (1811) is a story about two impoverished Dashwood sisters, Marianne and Elinor, who are trying to find suitable matches that would help improve their financial situation. The heroines, so different in their characters, are set to enter marriage whatever the cost of it.

In all her novels, Jane Austen’s protagonists do get married in the very end. “Pride and Prejudice” (1813) demonstrates a clash between an independent and smart Elizabeth Bennet and a rich, self-assured landlord Fitzwilliam Darcy. After initial rejection, the couple finds a way to build a family. At the beginning, Jane Austen named a version of this story “First Impressions”.

“Emma” (1815) was written using a playful modality. This is the story of Emma Woodhouse who finally found her happiness in marriage. The protagonist is a rich and kind young lady who spends her time making matches for people she knows. She finally makes her own match in the person she didn’t even dare to consider for a love affair before.

In her works, Jane Austen depicts the life of middle-class Brits with understanding and a bit of humor. She describes middle-sized landlords who depended on their income from land, small village pastors, and their families. In all these circumstances the social, economic and personal position of a woman depended on her ability to arrange a marriage with the right man.

Jane Austen died on July 18, 1817 of Addison’s disease being only 41 years of age. Before that, she started writing her last novel “Sanditon” (1925) but managed to get through only 12 chapters of it. Her brother, Henry Austen, was the first to identify his sister as the author of her novels. 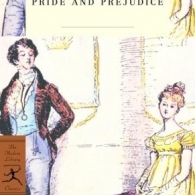 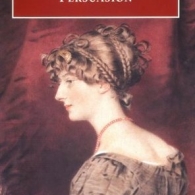 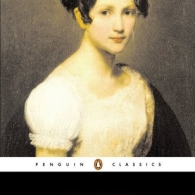 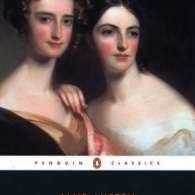 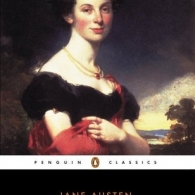 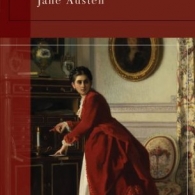 A lady's imagination is very rapid; it jumps from admiration to love, from love to matrimony in a moment.

I declare after all there is no enjoyment like reading! How much sooner one tires of any thing than of a book! -- When I have a house of my own, I shall be miserable if I have not an excellent library.

The more I know of the world, the more I am convinced that I shall never see a man whom I can really love. I require so much!